Brussels Airlines suspends all flights for a month 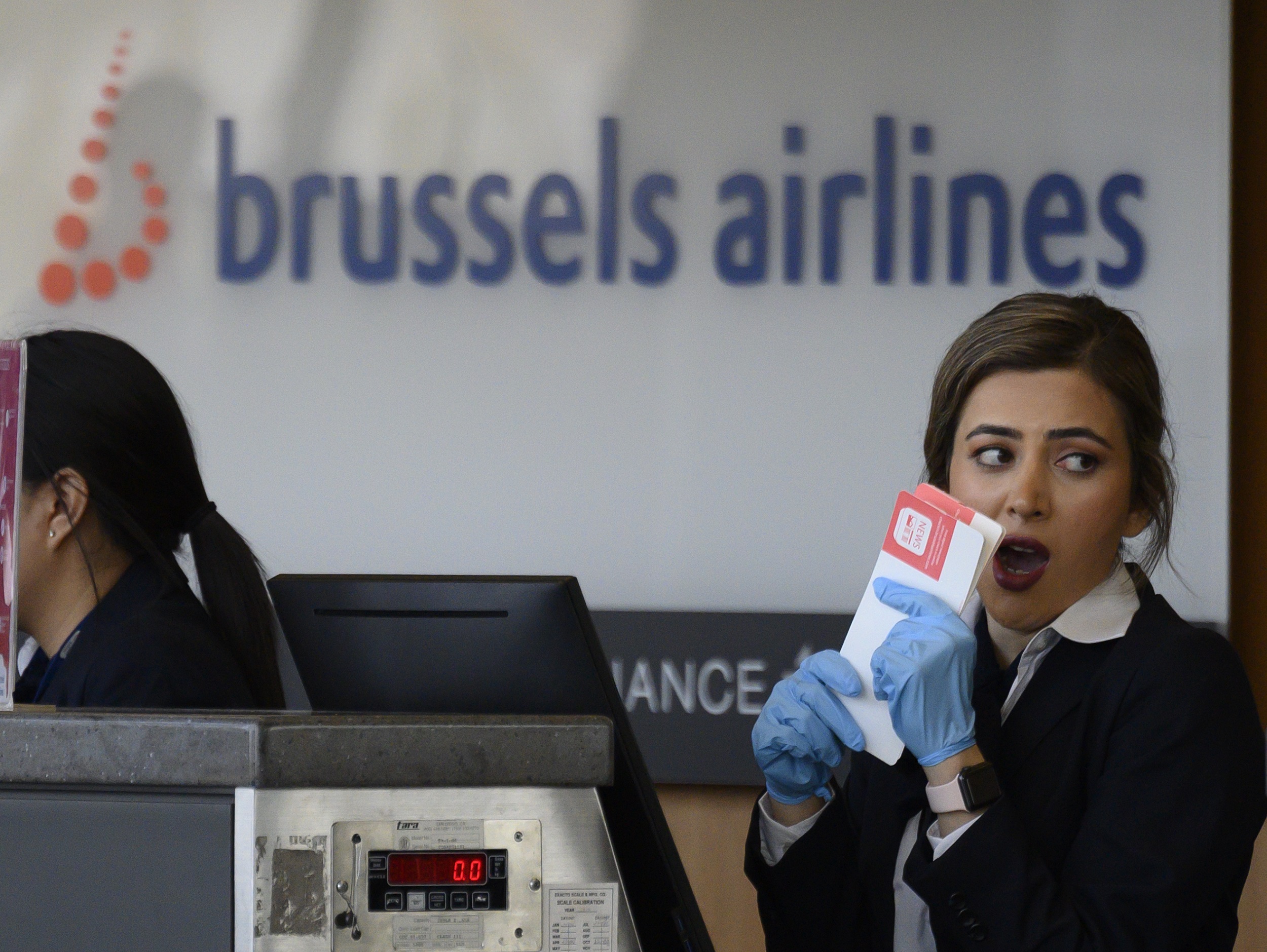 A Brussels Airlines employee wears gloves as a precaution against COVID-19 at Dulles International Airport.

BRUSSELS - Belgian-based Brussels Airlines suspended all flights for at least a month as the coronavirus pandemic savaged the air transport sector.

The announcement came one day after the airline's German parent company Lufthansa announced that its flights would be cut by up to 90 percent.

The airline will be flexible if passengers want to rebook their cancelled flights for after that date, he said.

Brussels Airlines has just over 4,000 employees and operates 48 aircraft to 115 destinations -- mainly in Europe and Africa -- and in 2018 had revenue of 1.5 billion euros.

Official travel bans and passenger uncertainty triggered by the coronavirus outbreak have threatened the survival of many carriers worldwide, and thousands of staff have been laid off.

But some governments are readying bailouts as part of strategies to minimise the economic impact of the pandemic.