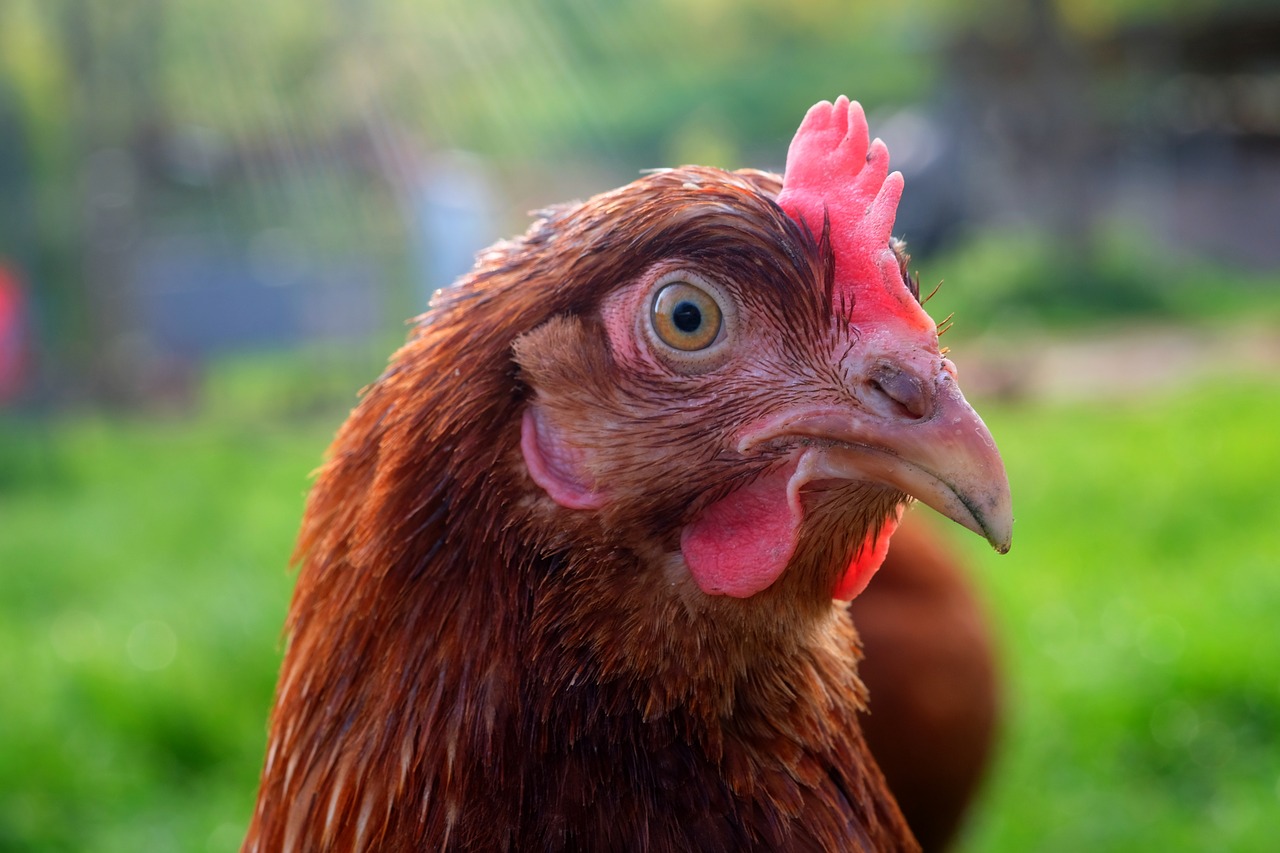 File: The country is now Europe's top chicken producer and exporter, having raised more than a billion chickens for meat last year, according to Statistics Poland -- or 10 times more than in 2009.

KONDRAJEC PANKSI, Poland - In what looks like a Niagara Falls of yellow feathers, thousands of chicks cascade down a conveyor belt in central Poland.

A day old, they only have 41 left to live. Their fate is sealed: once grown, they will wind up on a plate.

Their lives may be brief, but their living conditions could be better, according to animal rights activists, ever more active and influential in Poland and elsewhere.

The city of New York voted last month to ban the sale of foie gras, which is made from the livers of force-fed ducks and geese.

Also last month France announced that the culling of male chicks by maceration would be outlawed by the end of 2021.

For the day-old Polish chicks, their next stop is a chicken coop the size of a hangar.

It houses 54,000 chickens -- hopping, pecking, clucking and raising their heads to drink from suspended water bowls.

"After six weeks, the chickens grow to between 2.7 and 2.8 kilogrammes" after weighing 40 grammes on day one, said Andrzej Gontarski, head of the farm comprising a dozen such warehouses in the village of Kondrajec Panski.

Poland's poultry industry has come a long way over the last decade.

The country is now Europe's top chicken producer and exporter, having raised more than a billion chickens for meat last year, according to Statistics Poland -- or 10 times more than in 2009.

Chicken was the natural choice over pork: the sky is the limit for the poultry export market, whereas many countries, especially Muslim ones, do not allow pork.

The production cycle is also shorter, and the invested funds are recouped faster, after a dozen weeks or so.

Their short lives will come to an end in the nearby village of Ujazdowek at a slaughterhouse -- owned by the Polish firm Cedrob -- that employs 1,600 people and processes 750,000 chickens a day.

Attached by their knees to an overhead chain conveyor, the chickens are anaesthetised and then paralysed by an electric shock, having first been spritzed with water to help the current pass more easily.

Their necks sawed off, the chickens lose all their blood, which dribbles down into a suspended trough. The animals die after a half hour.

They are then spritzed with warm water to make it easier for a machine furnished with rubber fingers to pluck their feathers.

Sent to a cold room to lower their body temperatures, the chickens are cut into pieces.

Another machine packages up the segments to be sold either frozen or fresh.

In Poland, the living conditions of chickens raised on industrial farms have drawn criticism from animal rights activists like the Otwarte Klatki (Open Cages) group.

The group launched a campaign called "Frankenkurczak" (Frankenchicken), in a reference to the Frankenstein monster, to denounce the practice of fattening up chickens to an extreme degree.

"The bird's breast is disproportionately large compared to its legs. It's common for the leg bones to break, they can't bear the weight," said the group's spokeswoman Anna Izynska.

"Imagine a five-year-old child who weighs 150 kilogrammes. When a bird like that falls to the ground, it's unable to get up again. Often it'll die right there, deprived of food and water."

Piotr Tarkowski, who is in charge of selling poultry to foreign markets at the Polish firm Agraimpex, believes European breeding legislation could be made more humane.

One example, he said, would be to reduce the maximum number of birds allowed per square metre of an industrial chicken coup.

Every year, 1.8 billion chicks are born in Poland, according to Mariusz Paweska, an official from a large hatchery in the area, in the village of Skarzynek.

Many are exported almost immediately, notably to Belarus and Ukraine, but more than half are raised in Poland for consumption at home or export later on.

Its export markets are EU countries, led by Germany, the Netherlands and Britain, with Ukraine, South Africa and Hong Kong the main ones outside of the bloc.

The industry continues to grow.

"Just this year we've seen six new slaughterhouses open up. They can process more than 1.4 million chickens a day," said Tarkowski, whose employer Agraimpex exports 22 million euros ($24 million) worth of poultry every year.

Poland's main asset are its prices, much lower than those of Western poultry farmers, according to Mariusz Szymyslik, a co-director of the national chamber of poultry and animal feed.

He says trade barriers protect in particular the French and German markets, adding that "if the European market were totally free, Polish poultry would have swept the Western competition."