China 'won't surrender' to pressure in US trade war 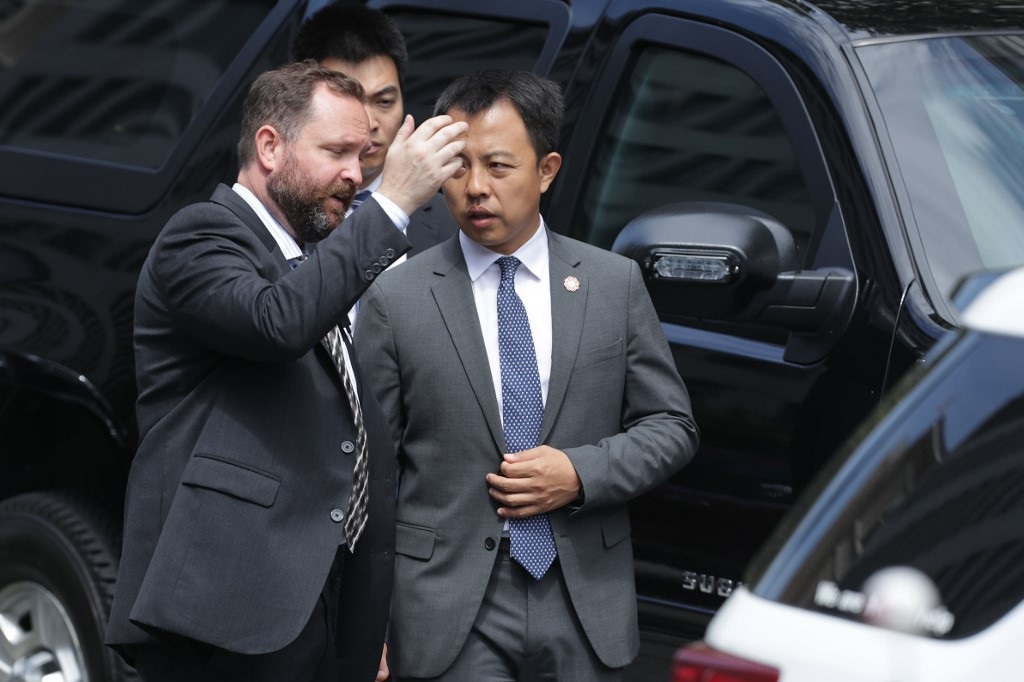 U.S. and Chinese security agents work together outside the U.S. Trade Representative offices as trade negotiations continue inside May 10, 2019 in Washington, DC.

BEIJING - China warned on Monday that it will "never surrender to external pressure" after the United States ordered tariffs on almost all Chinese exports.

The latest round of trade negotiations ended Friday without a deal, with President Donald Trump increasing tariffs on $200-billion worth of Chinese goods to 25-percent and ordering the start of a process to impose new duties on another $300-billion.

China vowed last week to hit back with the "necessary countermeasures", though it has yet to specify what they will look like.

"We are determined to have the ability to safeguard our legitimate rights and interests."

"We have said many times that imposing tariffs will not solve any problems," Geng said, adding that China hoped the United States will work with Beijing to reach a "mutually beneficial and win-win agreement."

China's top trade negotiator, Liu He, said on Friday that talks would continue in Beijing at an unspecified date.

White House economic advisor Larry Kudlow told US media on Sunday that Trump and Chinese President Xi Jinping could meet next month on the sidelines of the G20 summit to hash out their differences on trade, although no new talks are scheduled.

"The two presidents maintain contact through various means," Geng said, without confirming a possible meeting between the two leaders.

Beijing has so far slapped tariffs on $110-billion worth of US goods in retaliation to the US punitive duties.

A further $50-billion in Chinese goods which were already hit with 25-percent tariffs last summer were left unchanged by Trump.