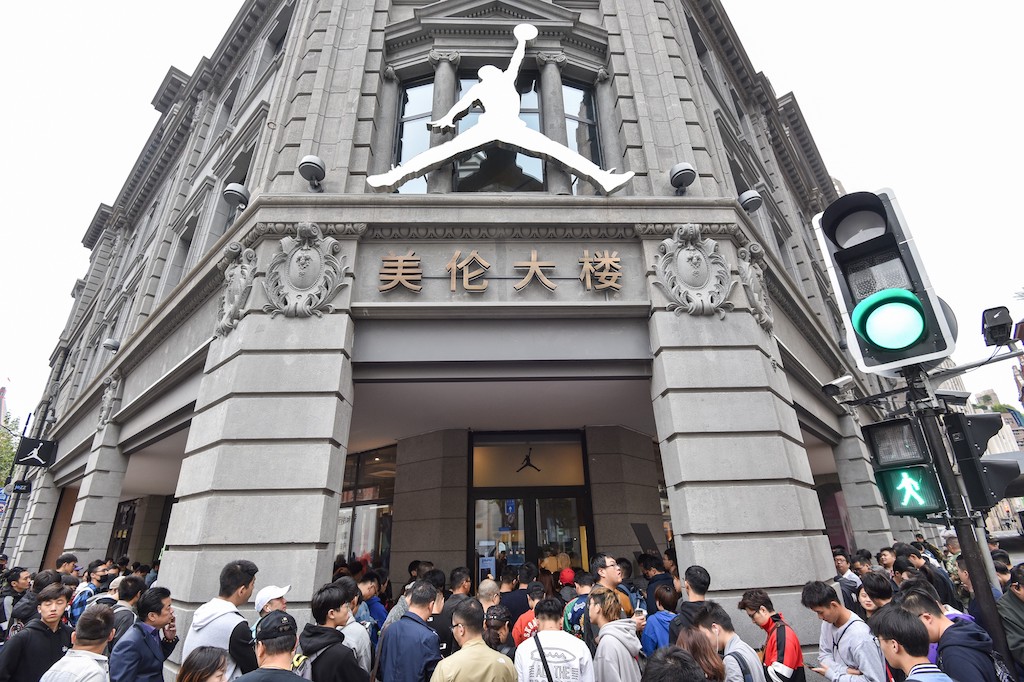 People waiting outside a Nike store to buy the newly-released Nike sneaker in Shanghai.

SHANGHAI - Forget stocks, real estate, even cryptocurrencies -- China's hottest investment nowadays may be the Nike, Adidas, and Puma basketball shoes that "sneakerheads" fight to get their hands on.

Enthusiasts worldwide have fuelled an expanding bubble in high-priced sneakers, often limited-edition collaborations between big names in sportswear and fashion, rappers or athletes.

But in China the craze is at fever pitch, with devotees driving soaring trading volumes on online "sneaker exchange" platforms, prompting warnings from authorities about dangerous speculation as resale profits approach 5,000 percent.

NBA stars like Michael Jordan have been idolised for years in China, where basketball is arguably the most followed sport, and the associated streetwear culture finds a huge and growing market.

And with Chinese authorities limiting individual stock-market price movements to contain volatility, sneakers are embraced by younger investors seeking quick profits in a commodity they can relate to.

The phenomenon is spurring quick growth in Chinese sneaker-trading platforms like Poizon, whose annual volume is around 15 billion yuan, according to Chinese tech consultancy iiMedia Research.

According to data-mining company iiMedia research, China's secondary market for sneakers has passed $1-billion this year and is one of the fastest-growing components of a $6-billion global market led by the United States.

Volumes are chugging along despite a Chinese backlash against the NBA last month, triggered when a Houston Rockets executive tweeted a message supporting Hong Kong protestors.

Fear of government intervention has forced app-based platforms like Poizon and Nice to take various steps to cool excess speculation.