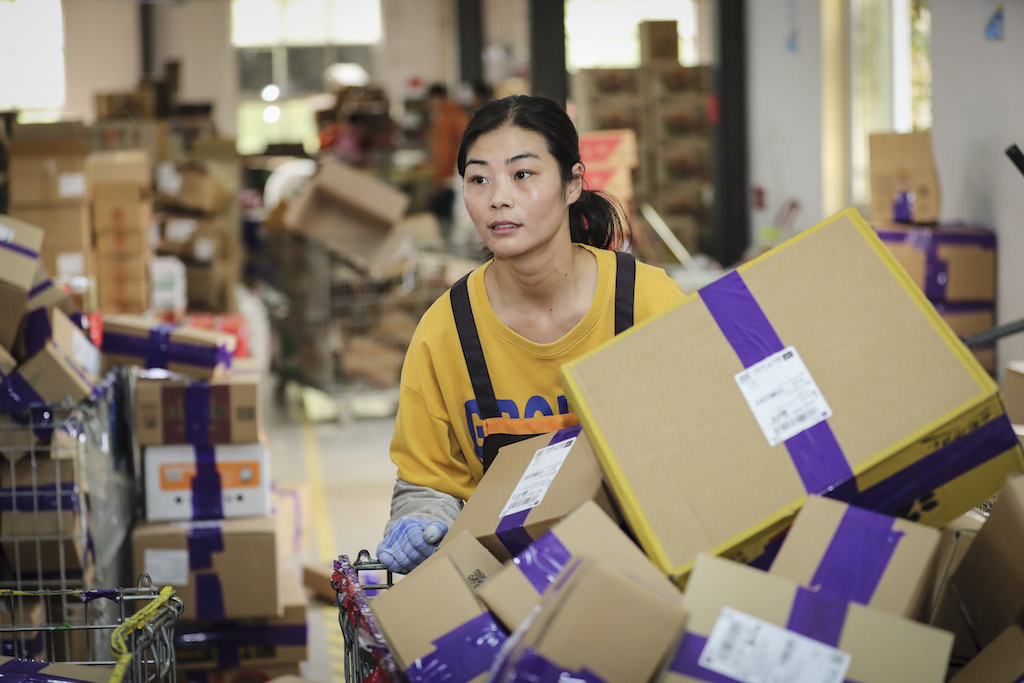 An employee transfers packages to be delivered for the upcoming "Double Eleven" Online Shopping Festival day at an e-commerce warehouse in Lianyungang. AFP/STR

SHANGHAI - Chinese consumers snapped up everything from food to electronics and beauty products as retailers slashed prices for the world's largest online shopping bonanza, closely watched this year for clues on post-pandemic consumer sentiment.

The marathon spending spree has for more than a decade seen China's army of shoppers shell out colossal amounts of cash that have dwarfed the incomes of many small nations.

And this year will be no exception.

While "Single's Day" -- so-called for its annual 11.11 date -- has long-been a 24-hour event, e-commerce giant Alibaba has expanded it to an 11-day promotion beginning November 1.

Leading China retailers such as Alibaba, JD.com, and Pinduoduo compete aggressively for Single's Day, which far outstrips the pre-Christmas "Black Friday" promotion in the United States.

But Chinese regulators cast a gloom over the biggest e-commerce stretch of the year by announcing draft antitrust rules that signal a looming crackdown on high-flying internet giants.

The rules published on Tuesday outlined plans to prevent "monopolistic behaviour" among internet companies, which tend to develop captive ecosystems. Alibaba's Taobao platform, for example, supports payments via its own Alipay rather, but not the WeChat Pay technology of rival Tencent.

This year's shopping is being closely followed around the world as a guide to the state of China's crucial consumer sector, which is increasingly more important to the future of the world's biggest economy.

As the country emerges from the effects of the virus and tight lockdowns, the recovery in retail sales has lagged that seen in industrial sectors, but is gaining pace, analysts said.