COVID-19: SA insurer offers to settle with up to 700 small businesses 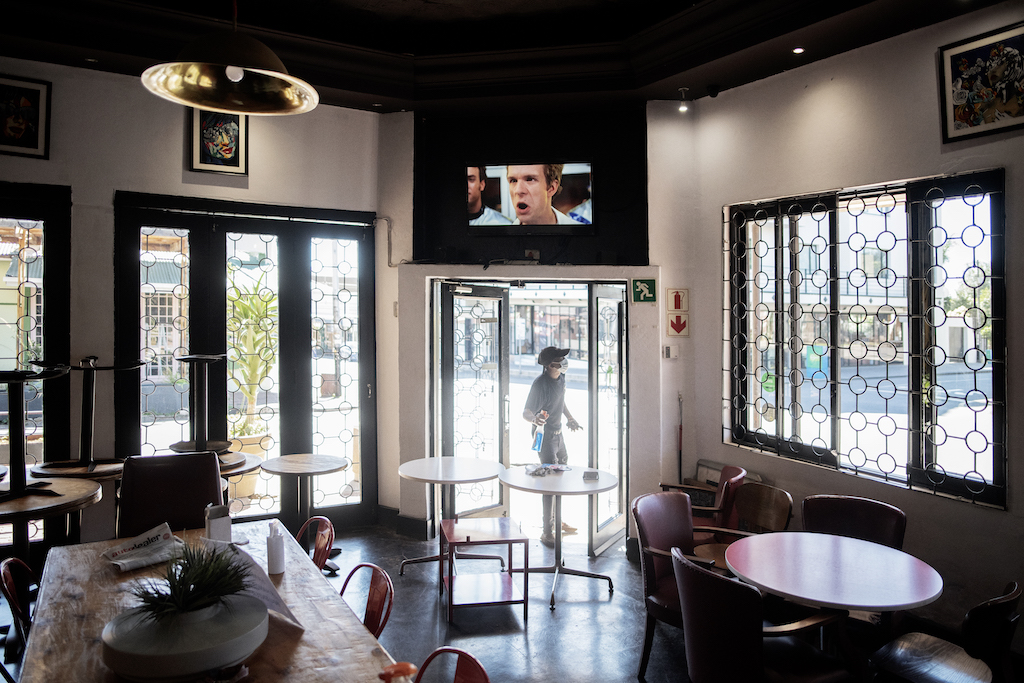 A worker prepares a restaurant to reopen for food deliveries in Melville, Johannesburg. on May 1, 2020. South Africa began to gradually loosen its strict COVID-19 coronavirus lockdown on May 1, 2020, allowing some industries to reopen after five weeks of restrictions that plunged its struggling economy deeper into turmoil.

JOHANNESBURG - South Africa's fourth-largest non-life insurer Guardrisk has opted to settle with up to 700 small business clients who are fighting its decision to reject their claims related to the impact of a coronavirus lockdown, the firm told Reuters.

The country's insurers, in line with the industry globally, have declined to pay out under business interruption policies that many firms thought would give them cover because they argue lockdowns were not included in the policies.

In an agreement with the regulator, some insurers have offered interim relief payments to affected clients, many of which risk collapse as a result, to keep them afloat while court cases on the matter play out.

But Guardrisk, which announced its plans this week, is the first to decide to settle the claims instead, an approach preferred by those representing small firms as it avoids a potentially drawn out and costly legal process.

The insurer estimated that 400 to 700 clients would benefit, with claims varying from tens of thousands of rand to several millions, it told Reuters on Wednesday in a written response to questions.

"We do anticipate that gross claims will run to several hundreds of millions of rands and the ultimate effect thereof will be dependent on various reinsurance structures," it said, adding that the final amount was likely to exceed gross annual premium income for the segment of clients by some margin.

Guardrisk had said in its statement this week it would settle despite still holding the view that the lockdown itself did not trigger a claim under its policies. It had not said at the time how many firms would benefit.

The settlement will be equal to the first three months of lockdown, minus relevant savings and other relief payments received, it said, with no limit on the maximum payable.

The insurer said it would still appeal a recent high court judgment that found in favour of one of its clients.

South Africa's biggest non-life insurer Santam and others have offered interim relief to clients rather than settle claims. Old Mutual, another major insurer, has yet to lay out either a relief or a settlement offer.