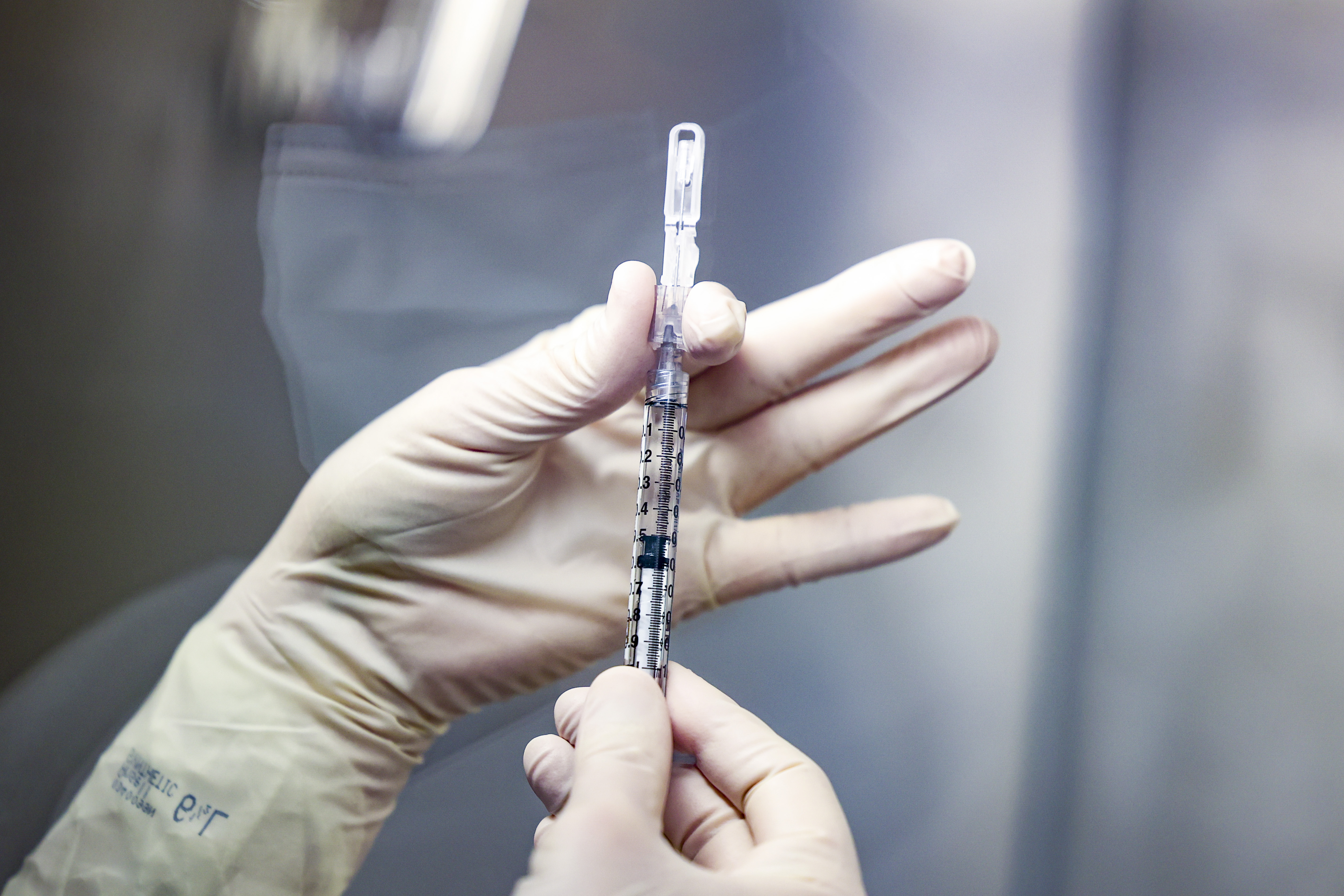 File: A dose of the COVID-19 vaccine. AFP/Michael Ciaglo/Getty Images

LONDON - The UK government has dropped a plan to make people in England show vaccine passports to enter crowded events such as nightclubs, the health minister said Sunday.

The government had previously said these would be introduced at the end of this month, despite opposition from businesses in the sector and from some Conservative MPs.

Health minister Sajid Javid announced the U-turn, saying the government does not view the move as necessary in the current virus situation, citing high vaccine uptake.

"We've looked at it properly and whilst we should keep it in reserve as a potential option I'm pleased to say that we will not be going ahead with plans for vaccine passports," Javid told the BBC.

The UK has given two vaccine doses to more than 80 percent of over-16s and is expected to announce shortly whether it will extend vaccination to those aged 12 to 15.

The health minister said that the idea of compulsory showing of documentation at leisure venues made him uncomfortable, as some opponents have called this a potential violation of civil liberties.

"I've never liked the idea of saying to people you must show your papers or something to do what is just an everyday activity," Javid said.

The abrupt change came after Vaccines Minister Nadhim Zahawi told parliament last week that the plan was going ahead at the end of September, when all over-18s would have had time to receive both jabs.

Javid told Times Radio that a key deciding factor was that, unlike some other countries that have introduced vaccine passports, England has "seen a steady increase in our rate of (vaccine) uptake".

"People have talked about certification as a tool to increase vaccination. I'm not certain that we need to do that," he added.

The announcement came after Scotland's devolved government on Thursday approved the introduction of vaccine passports from next month for those attending nightclubs and music festivals.

Asked to comment on media reports that the government will also scrap travel restrictions including costly PCR tests before departure and on return from trips abroad, Javid told Sky News he wanted to do this "as soon as we possibly can".

Javid confirmed the government will be announcing proposals to repeal certain emergency powers granted during the pandemic, including the ability to shut down businesses and schools.

"We don't need them, we should get rid of them," he told Times Radio.