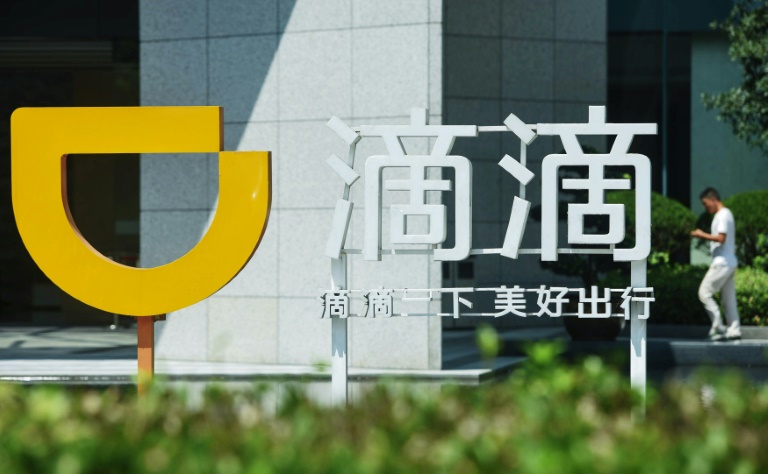 Didi Chuxing is China's most popular ride-hailing app but made a loss of $1.6-billion last year owing to the impact of pandemic restrictions. AFP/STR

NEW YORK - The Chinese ride-hailing giant Didi Chuxing's announcement that it will delist its shares from the New York Stock Exchange marks the end of a cushy relationship between Wall Street and Chinese tech giants, who are under siege from authorities in Beijing and regulators in America.

Only five months transpired between Didi's going public in New York in June and word Friday that it will prepare a Hong Kong listing. During that time its market value has fallen by 63 percent.

Didi's move comes in the wake of a sweeping Chinese regulatory crackdown in the past year that has clipped the wings of major internet firms wielding huge influence on consumers' lives -- including Alibaba and Tencent.

After Friday's announcement, heavyweight Chinese online retailers whose stocks are sold on the New York exchange, such as Alibaba, JD.com and Pinduoduo, dropped sharply.

Shares in Alibaba -- whose arrival on Wall Street in 2014 to a loud fanfare kicked off the parade of Chinese firms listing in the Big Apple -- fell to their lowest level in nearly five years as rumors circulated that, after Didi leaves, Alibaba might be next.

Technically, even as Didi Chuxing moves its listing to Hong Kong, holders of its shares in New York retain those stakes. Their investment does not simply vanish.

But "people are very fearful about regulations and the Chinese government," said Kevin Carter, portfolio manager at EMQQ. "And that has really, really affected sentiment. People are scared."

Coincidentally, on Thursday US market regulators announced the adoption of a rule allowing them to delist foreign companies if they fail to provide information to auditors.

The move is aimed primarily at Chinese firms, and requires them to disclose whether they are "owned or controlled" by a government.

"While more than 50 jurisdictions have worked... to allow the required inspections, two historically have not: China and Hong Kong," Securities and Exchange Commission chairman Gary Gensler said.