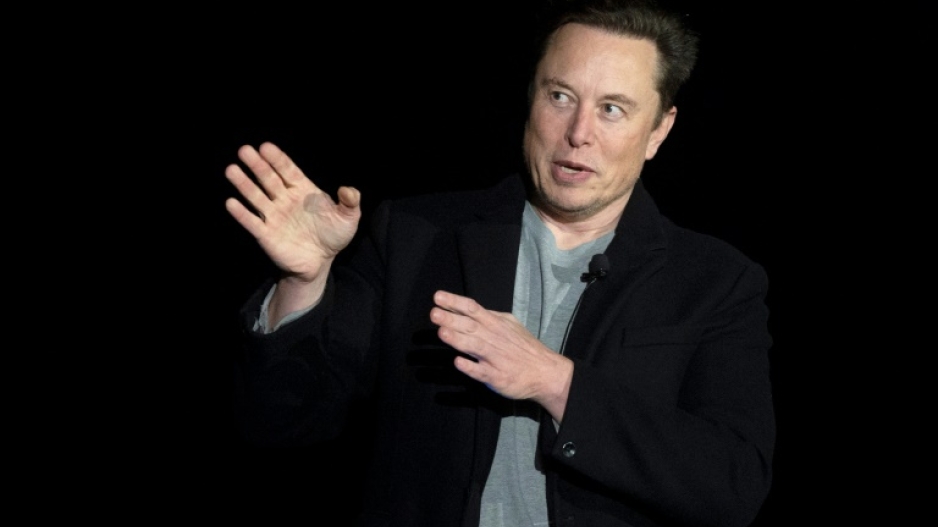 SAN FRANCISCO - Elon Musk has accused Twitter of fraud, alleging the social media platform misled him about key aspects of its business before he agreed to a $44-billion buyout, as their court battle heats up.

The Tesla boss lodged the claim late Thursday as he fights back against Twitter's lawsuit seeking to force him to close the deal, which he has tried to cancel.

Musk argued in the filing to a Delaware court that the number of users who can be shown advertising on the platform is far below the firm's figures.

"Twitter's disclosures have slowly unraveled, with Twitter frantically closing the gates on information in a desperate bid to prevent the Musk Parties from uncovering its fraud," the claim alleged.

In its own filing, Twitter rejected the mercurial billionaire's argument, calling it "as implausible and contrary to fact as it sounds."

"According to Musk, he -- the billionaire founder of multiple companies, advised by Wall Street bankers and lawyers -- was hoodwinked by Twitter into signing a $44 billion merger agreement," Twitter said.

Musk last week filed his countersuit, which was finally made public on Thursday, along with a legal defense against Twitter's claim that the billionaire is contractually bound to complete the takeover deal.

"The counterclaims are a made-for-litigation tale that is contradicted by the evidence and common sense," Twitter argued in the filing.

A five-day trial that will consider Twitter's lawsuit against Musk has been scheduled for October 17.

The Tesla boss wooed Twitter's board with a $54.20 per-share offer, but then in July announced he was ending their agreement because the firm had misled him regarding its tally of fake and spam accounts.

Twitter, whose stock price closed at $41.06 on Thursday, has stuck by its estimates that less than five percent of the activity on the platform is due to software "bots" rather than people.

READ: Elon Musk fires back at Twitter in court battle

The company also disputed Musk's assertion that he has the right to walk away from the deal if Twitter's bot count is found to be wrong, since he didn't ask anything about bots when he made the buyout offer.

Twitter accuses Musk of contriving a story to escape a merger agreement that he no longer found attractive.

READ: Delaware: Small US state is the stage for Musk, Twitter battle

"Twitter has complied in every respect with the merger agreement," the company said in the filing made to Chancery Court in the state of Delaware.

"Musk's counterclaims, based as they are on distortion, misrepresentation, and outright deception, change nothing."

The social media platform has urged shareholders to endorse the deal, setting a vote on the merger for September 13.

Billions of dollars are at stake, but so is the future of Twitter, which Musk has said should allow any legal speech -- an absolutist position that has sparked fears the network could be used to incite violence.