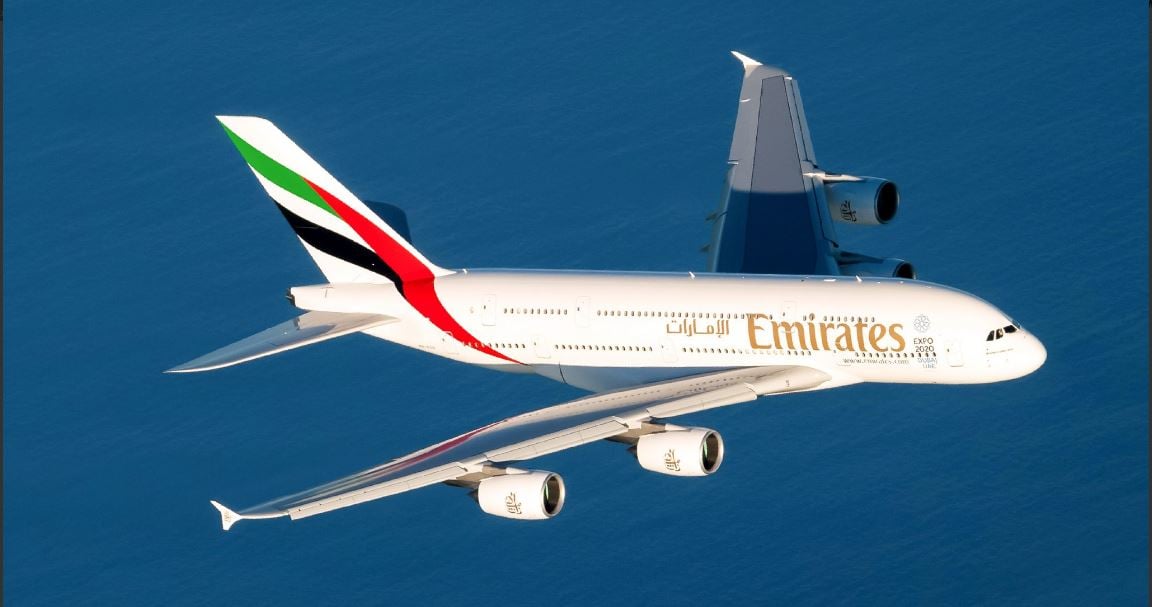 File: Dubai-owned carrier Emirates grounded passenger operations after the UAE halted all passenger flights to fight the spread of coronavirus.

DUBAI - Dubai carrier Emirates Airlines announced it would suspend flights to dozens more cities, taking its total route closures past 100, in a bid to forestall the spread of coronavirus.

The United Arab Emirates on Friday announced its first two deaths from the disease. Total recorded infections in the UAE stood at 153, of which 38 have recovered.

The latest suspensions by Emirates Airlines take the carrier's total closed routes to 111.

"In response to the latest developments in the COVID-19 outbreak around the world, Emirates is taking extra steps that go above and beyond industry and regulatory requirements to ensure our customers' health and comfort," the company said in a statement.

Emirates said flights to some destinations would be suspended for up to three months while others, including to Paris, Frankfurt and Islamabad were stopped "until further notice".

Abu Dhabi's carrier Etihad also announced on Saturday it was suspending flights to some 40 cities in China, India, Saudi Arabia, Spain and Italy.

Gulf countries have imposed various restrictions to combat the spread of coronavirus, particularly in the air transport sector.

READ: Brussels Airlines suspends all flights for a month

The UAE has stopped granting visas on arrival and forbidden foreigners who are legal residents but who are currently outside the country from returning.

And on Saturday the UAE announced it was temporarily closing beaches and other public areas, including parks, movie theatres and gyms, to contain the spread of the virus.

Restaurants and cafes, however, could remain open if they provide a home-delivery service and limit client capacity to 20 percent, the National Emergency Crisis and Disaster Management Authority said on Twitter.

The new measures would remain in effect for two weeks, pending review, it added.