European stocks slip on stagflation fear, before US data 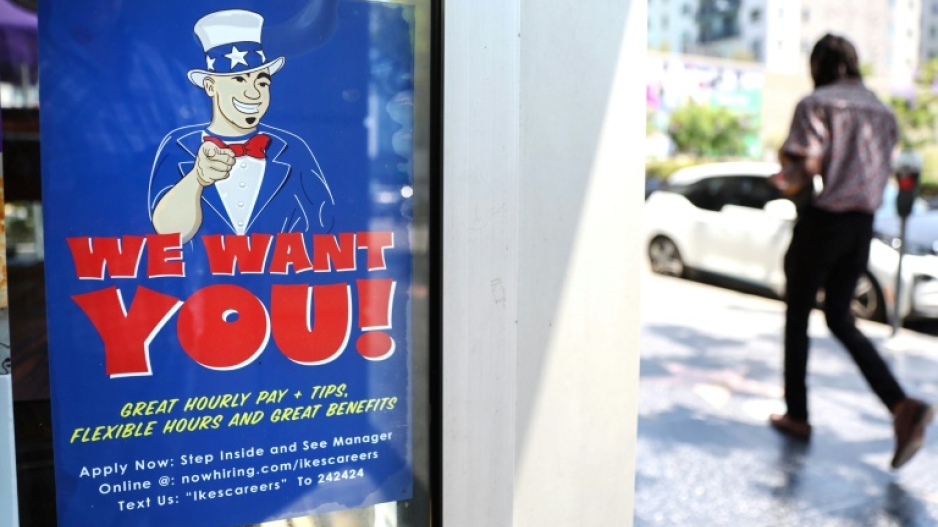 US jobs data will be closely watched for an idea about the state of the world's top economy. AFP/Mario Tama/Getty Images

LONDON - European stock markets slid on Friday after the Bank of England's gloomy recession warning raised the spectre of stagflation, and as investors awaited critical US payrolls data, dealers said.

The hike followed more aggressive monetary policy from the European Central Bank and US Federal Reserve as authorities crack down on rampant inflation in the wake of Russia's invasion of Ukraine.

India on Friday lifted borrowing costs for the third time in four months to the highest level since summer 2019.

Back in the eurozone, Frankfurt stocks slipped 0.1 percent and Paris sank 0.5 percent, despite modest gains in Asia.

Oil prices held steady, one day after WTI crude fell to the level where it had stood before the Ukraine conflict sent the market soaring.

"The dire warnings from the BoE are impossible to ignore as other central banks desperately try to avoid a similar fate," OANDA analyst Craig Erlam told AFP.

"It seems only a matter of time until others are forced to accept that a recession is the price to pay for getting inflation under control."

He added: "A period of stagflation now awaits the UK -- and others may not be far behind as the crushing impact of energy prices wreaks havoc on living standards and saps demand."

Later on Friday, traders will focus on key US non-farm payrolls (NFP) data that could stoke fears of a prolonged downturn in the world's number one economy.

"Market participants will closely scrutinize today's NFP report for any signs that weakness in activity data in the US economy is starting to spill-over into the labour market with a lag which would heighten (US) recession fears," said MUFG analyst Lee Hardman.

Asian equities mostly rose Friday, with Taipei surging on easing concerns over a conflict with Beijing -- even as China conducts its largest-ever military exercises around Taiwan in response to US House Speaker Nancy Pelosi's visit earlier this week.

And while many analysts are beating the drum of a global recession, traders are also hopeful of a reprieve from monetary tightening.

"The recent fall in oil prices, which are now trading below the levels immediately before Russia's invasion of Ukraine, has contributed to the market's perception that inflation is likely to peak soon, taking pressure off the Fed to raise rates as aggressively," said National Australia Bank's Rodrigo Catril.

The Fed has said its rate decision will be guided by data, with signs of economic weakness seen as likely to mean any increases will be light.

Officials have said the US economy remains healthy despite four-decade high inflation and a sharp lift in borrowing costs.