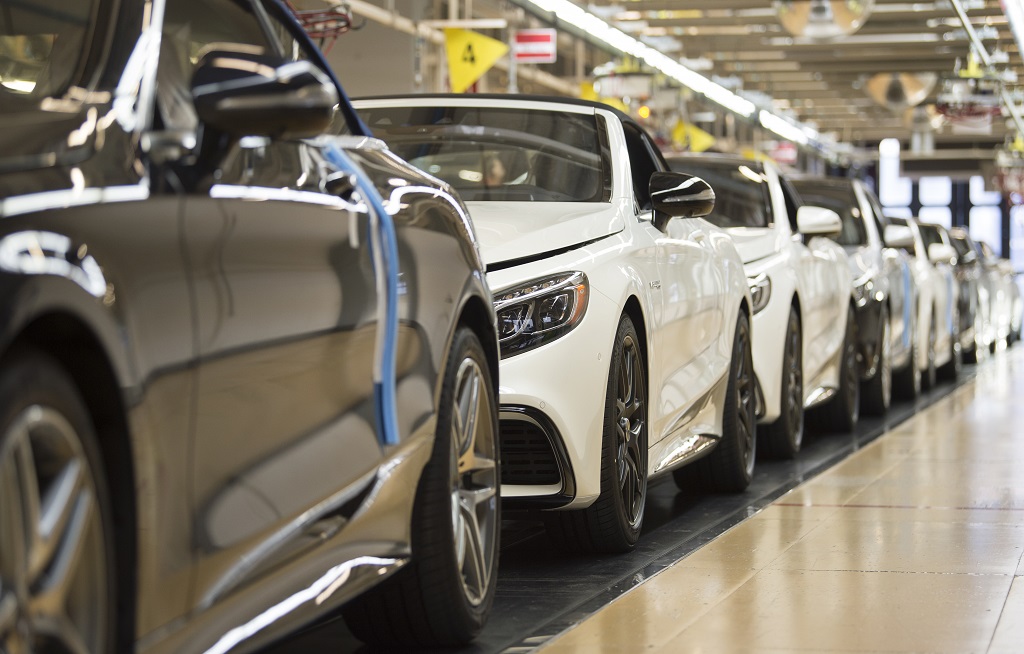 File: Sales tanked by 29.4 percent compared with 2019 to 1.63 million new vehicles, the Society of Motor Manufacturers and Traders (SMMT) revealed in a statement. AFP/Thomas Kienzle

BERLIN - New car sales in Germany dipped in November, official data showed, as a second coronavirus wave forced another round of shutdowns in Europe's top economy.

A total of 290,150 cars were registered last month in Europe's largest car market, down three percent on the same month in 2019, the KBA transport authority said.

However, the dip is slightly less severe than in October, when registrations dropped 3.6-percent.

Unlike in the first wave of the coronavirus in the spring, which shut down much of the German economy and led to record falls in new car registrations, car dealerships and factories have been allowed to stay open this time.

The German Automobile Association (VDA) expects a decline of 20 percent in car registrations for 2020 compared with last year.

The pandemic has led to an "unprecedented" slump in the German passenger car market, VDA president Hildegard Mueller said in a statement, and a modest recovery in the second half of the year "will not be able to make up for the shortfall".

"We are looking to 2021 with cautious confidence," Mueller added, expecting an increase of nine percent to some 3.1 million new car registrations next year, despite the pre-pandemic level still being "a long way off".

Electric cars meanwhile continue to soar in popularity, rising more than 500 percent year-on-year -- from a low base -- to account for 10 percent of November's new registrations.

Electric carmaker Tesla, which is opening a car plant near Berlin, was the only manufacturer to sell more cars in the year to November compared with 2019, according to KBA's survey.

Volkswagen remains the overall market leader, accounting for around 18 percent of new car registrations in November, ahead of German rivals Mercedes on 11 percent and BMW on 8.5-percent.