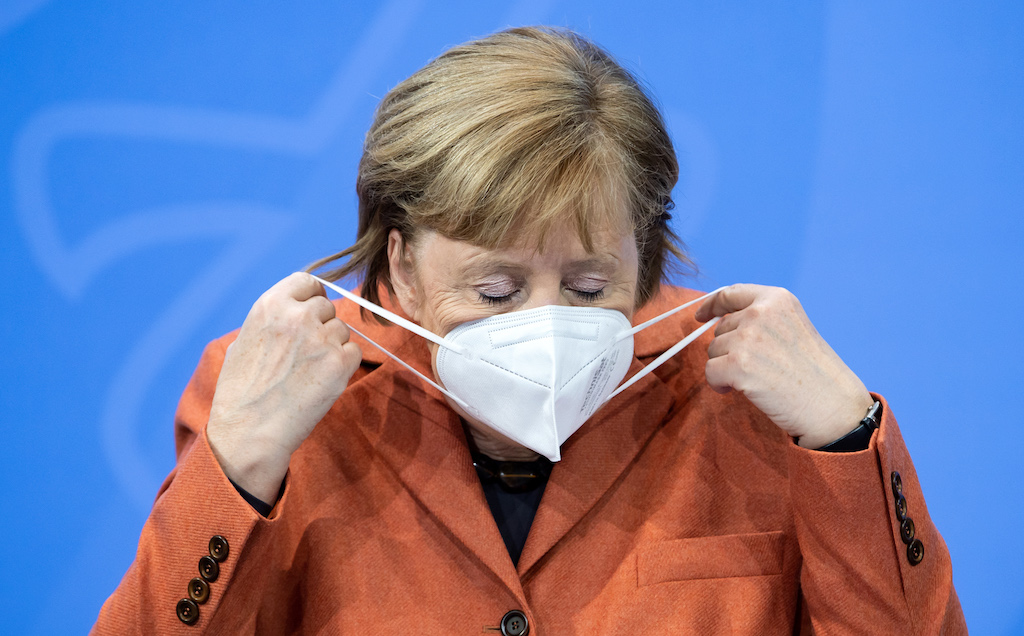 The European Union's most populous country added another 22,368 new cases over the past 24 hours, Germany's Robert Koch Institute (RKI) health agency said, bringing the total since the start of the pandemic to 2,000,958.

The milestone comes hours after Merkel called for harsher curbs on public life to bring the outbreak under control.

At a meeting of senior members of her centre-right CDU party, Merkel said she wanted to bring forward crisis talks with regional leaders to "the coming week", participants told AFP.

They quoted her as saying the virus could only be stopped with "significant additional measures".

She also voiced concern about the coronavirus strain that recently emerged in Britain and is considered more contagious, saying people urgently need to reduce their social contacts.

Germany fared better than many of its neighbours in the early days of the pandemic but has been hit hard by a second wave despite being in some form of shutdown since early November.

Merkel and the leaders of Germany's 16 states were originally scheduled to hold their next meeting on January 25 to take stock of the current measures.

Der Spiegel weekly reported that among the tougher options being considered were border checks, requirements to wear high-quality FFP2 masks in some places and getting more people to work from home.

Bars, gyms, cultural and leisure centres were closed in early November, followed by non-essential shops and schools in December.

Authorities have also turned the screw on social gatherings, limiting contacts to two households and urging people to stay at home wherever possible.

The RKI on Thursday echoed calls for stronger measures to bring down coronavirus infections, noting many people were still socialising too much.

"The measures that we are taking now -- for me they are not a complete lockdown, there are still too many exceptions," RKI head Lothar Wieler told a news conference in Berlin.

There is "total consensus" among statisticians that stricter measures would be needed to get "to a stage where the incidence rate is falling substantially and rapidly", the RKI's Dirk Brockmann added.

But mobility has been significantly higher during the second shutdown than during the first round of restrictions in the spring, according to the RKI.

"People are on the road a lot," Brockmann said.

Germany, with 83 million people, began vaccinating against COVID-19 in late December and on Thursday passed the milestone of one percent of the population receiving their first jab, according to the RKI.

The worsening situation has led parties to agree to postpone a regional election in the eastern state of Thuringia, moving it from April 25 to September 26.

Thuringia is a current hotspot in the pandemic, recording 287 new cases per 100,000 people over the last seven days, compared with the national average of 146, according to the RKI on Friday.

The regional vote will now coincide with Germany's general election, the first in over 15 years that won't feature Merkel, who is bowing out of politics.

The Thuringian election was one of the first state polls scheduled for 2021 and was going to be closely watched as a test of the national mood heading into the post-Merkel era.