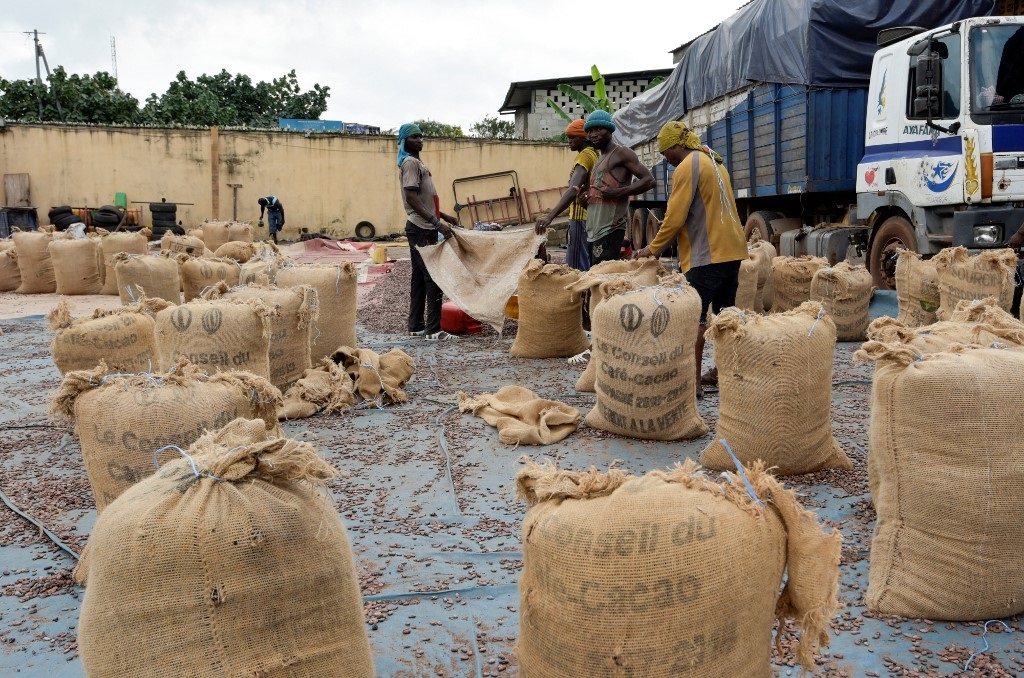 People fill bags with cacao beans at a cocoa exporter's in Abidjan, on July 3, 2019.

ABIDJAN - Ivory Coast and Ghana, the world's two largest cocoa producers, have ended a threat to stop selling their production in what was a push for higher prices.

In what they called a "historic" move, the two West African neighbours on June 12 vowed to suspend the sale of their 2020/2021 production to buyers unwilling to meet a minimum price of $2,600 per tonne, a move that shook the cocoa market.

The two African nations -- which together account for 60% of the world's production -- are campaigning to end a situation where cocoa producers make only $6 billion in a global chocolate market worth around $100-billion.

"The two countries decided to lift the suspension of sales of the 2020/2021 crop from today July 16," the chief of Ivory Coast's coffee and cocoa council, Yves Kone-Brahima, and Joseph Boahen Aidoo, chief executive of the Ghana Cocoa Board, said in a joint statement Tuesday.

At a meeting in Ivory Coast's commercial capital Adidjan on July 3, the two countries introduced a so-called Living Income Differential of $400 per tonne.

The differential would kick in for export contracts for the 2020/2021 crop if market prices fell below $2,600 a tonne.

A World Bank report released last week said Ivory Coast, the world's largest producer, earns just a fraction of the crop's potential value, and that 55%of cocoa producers live on about 757 CFA francs ($1,3 / 1,15 euros) a day, which is below the poverty line.

Cocoa accounts for 40% of the nation's exports but the country only earns about 8% of total profits in the cocoa-chocolate sector.

Almost 80% of the sector's profits are concentrated in the processing of chocolate paste and in the distribution of finished products to consumers, "two phases in which Ivory Coast does not yet play a major role", the report said.