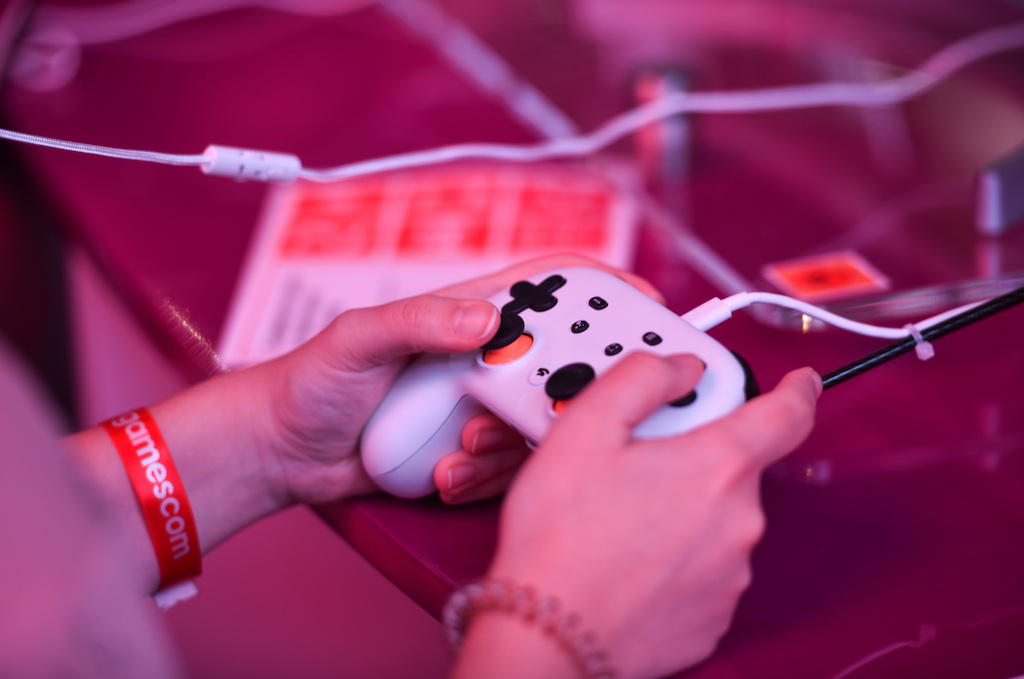 A visitor plays the cloud-gaming based "Doom" at the stand of Google Stadia.

SAN FRANCISCO - Ever-expanding Google becomes a gaming company on Tuesday with the launch of its Stadia cloud service that lets people play console-quality video games on a web browser or smartphone.

The internet giant hopes to break into the global video game industry expected to top $150-billion this year, with cloud technology that could broaden audiences attracted by rich new features as well as  ease of access with no more need for consoles.

But analysts say Stadia's outlook is uncertain as its faces rivals such as PlayStation Now in an emerging and highly-competitive market.

Stadia plays into a trend in which content -- ranging from blockbuster films to work projects -- lives in the cloud and is accessible from any device.

"All of these new services are merely pointing out that we don't need sophisticated hardware in the home to access entertainment," said Wedbush Securities equity research managing director Michael Pachter.

Google last month sold out of "Founder's Edition" kits, which are priced at $129.

Each kit contains a Stadia controller and a pendant-shaped Chromecast Ultra wireless connection device that plugs into television sets.

It also works with Google-made Pixel smartphones from the second-generation onward, and on televisions.

Stadia Pro subscriptions, priced at $10 a month in the US, will be available in 14 countries in North America and Europe.