Government to bail out Eskom without taking on debts 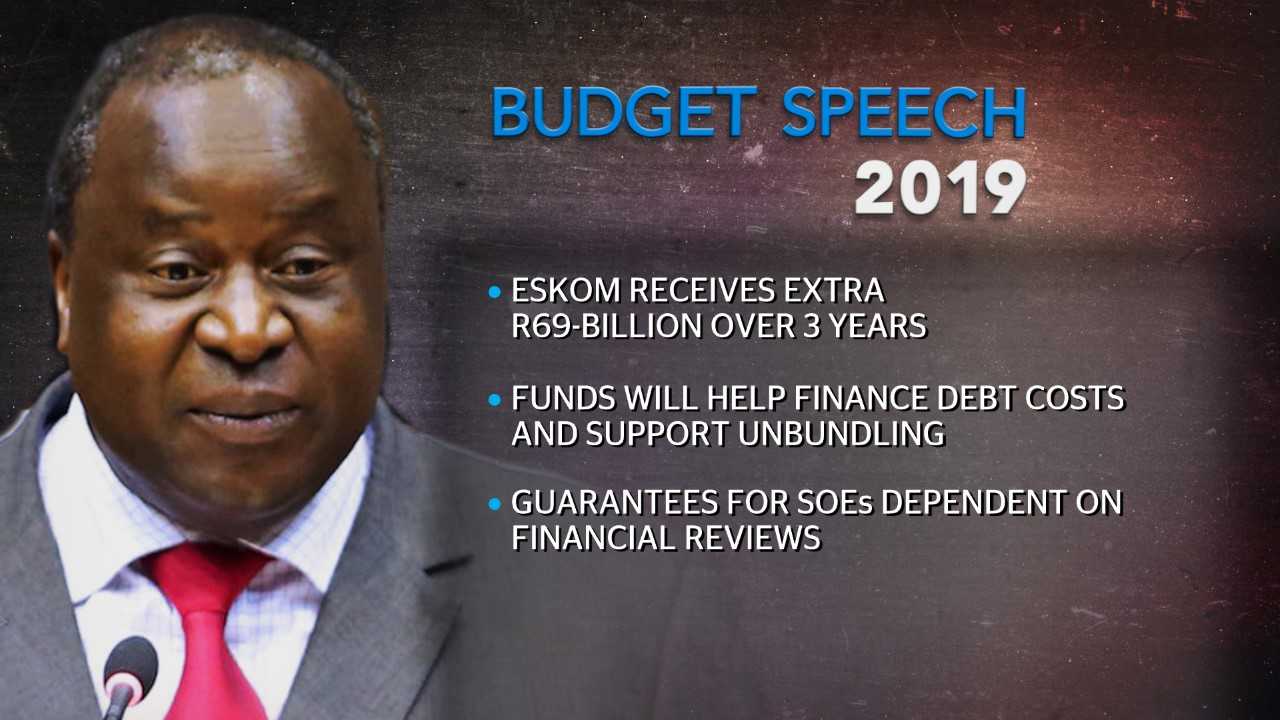 CAPE TOWN - Government will give Eskom a total of R69-billion but will not take on R100-billion of debt as requested by the struggling firm, Finance Minister Tito Mboweni said on Wednesday.

President Cyril Ramaphosa wants to reform Eskom, which generates 95 percent of South Africa's electricity but is drowning in R420-billion of debt, to lift the economy before the elections in May.

In an effort to make Eskom more efficient, Ramaphosa said earlier this month the utility would be split into three separate entities -- generation, transmission and distribution.

In its 2019 budget, the Treasury said the first step in splitting Eskom would be to transfer a portion of the utility's assets to a new transmission subsidiary that will invite the participation of strategic equity partners to provide capital and strengthen oversight.

Further financial support to Eskom would depend on economic growth, electricity tariffs and the implementation of the company's strategy, the Treasury said in its 2019 budget statement.

Eskom Chairman Jabu Mabuza last year urged the government to take on R100-billion of the utility's debt, but Mboweni ruled this out.

"Pouring money directly into Eskom in its current form is like pouring water into a sieve," Mboweni said in his budget speech.

"I want to make it clear: the national government is not taking on Eskom's debt."

The outages exposed the risks to the South African economy from Eskom's virtual monopoly and the failure of successive government to take on labour unions and leftists in the ruling African National Congress (ANC) who oppose job cuts.

"We have had very very difficult conversations with the ratings agencies ... if we are doing practical things to fix Eskom the electricity sector, in my view, that should be viewed as positive," Mboweni told journalists ahead of his speech.

Other News on Budget Speech 2019