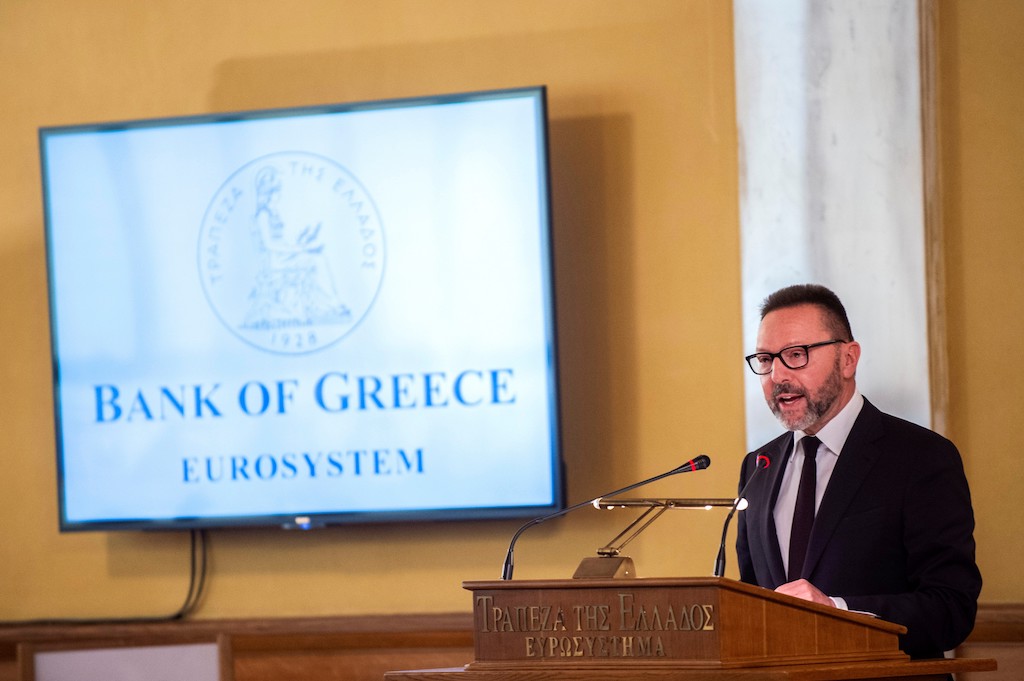 Bank of Greece governor Yannis Stournaras delivers a speech during a meeting of the bank's shareholders.

Greece exited its third and final international bailout in August, a turning point in its progress out of the catastrophe that engulfed the country during the debt crisis.

But the Greek government had failed to complete politically sensitive reforms such as changes to housing foreclosure rules that spooked families struggling with mortgages on their homes.

"All in all, Greece has done what was necessary to respect its commitments. The decision gives a new, very strong signal to the markets," said EU Economics Affairs Commissioner Pierre Moscovici after talks with ministers in Bucharest.

In a statement, the Eurogroup of eurozone finance ministers accepted the view that "Greece has taken the necessary actions to achieve all specific reform commitments."

This meant that the "conditions are in place" to unlock debt relief measures worth 970 million euros ($1.1-billion), the statement said.

The debt relief measures are mainly profits made by the European Central Bank (ECB) and other EU central banks on Greek government bonds during the bailout period.

The decision comes as hopes rise that Greece has turned the economic corner. Last month Athens issued a 10-year bond, the first major borrowing effort since its debt crisis.

Greece's deputy prime minister Yannis Dragasakis on Friday said the country's next aim "should be to repay some of our IMF loans that carry a high interest rate".

Dragasakis added that Greece was keen "to exploit market opportunities" as borrowing rates are falling.

Greece owes the global lender, which paid into the first two of the country's three bailouts, an estimated 12 billion euros.

Showing the IMF the door has been a consistent aim of Prime Minister Alexis Tsipras' leftist government.

"We have a plan to stop having the IMF here, and soon we will carry it out," Tsipras said last month.

The country hopes to raise a total of around nine billion euros in the markets this year to boost investor confidence in the Greek economy.

Growth is expected to reach 2.4 percent in 2019 after an estimated 2.1 percent in 2018, according to the latest International Monetary Fund (IMF) projections.