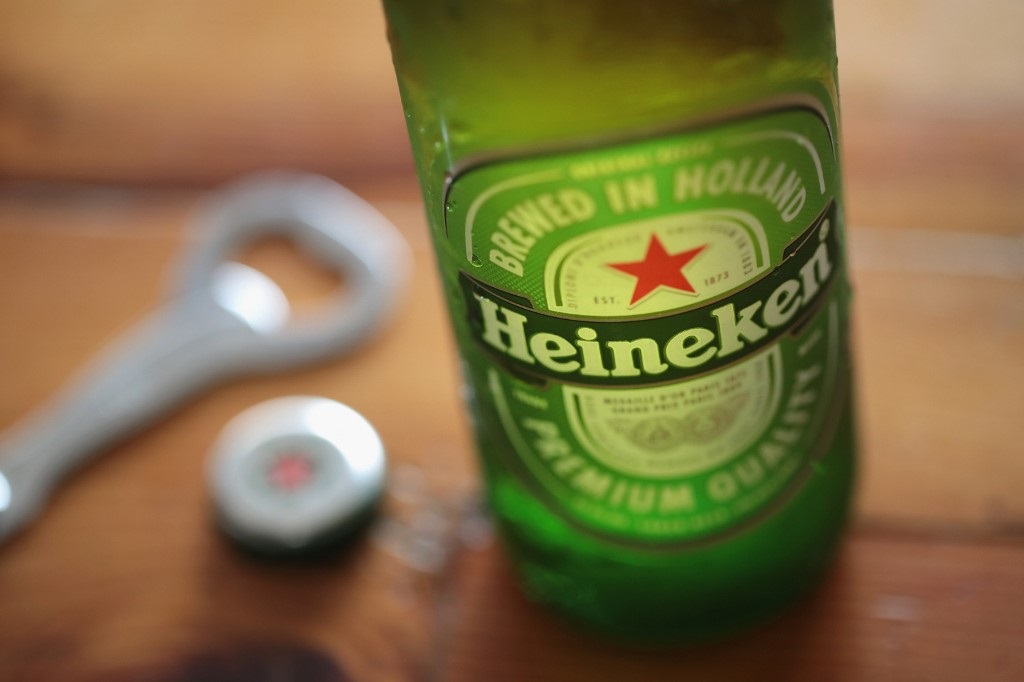 File: Badly hit by the on-off restrictions on the hospitality sector, Heineken said it aimed to cut personnel costs by 20 percent. AFP/Scott Olson

AMSTERDAM - Dutch brewing giant Heineken said net profit in the nine months to September plunged 76 percent to 396 million euros and restructuring was needed to offset the "significant impact" of the coronavirus.

Heineken, ranked world number two, said the pandemic and accompanying lockdowns which brought the global economy to a halt saw sales by volume fall 8.0% for the period.

Badly hit by the on-off restrictions on the hospitality sector, Heineken said it aimed to cut personnel costs by 20%.

A company spokesman cited by Dutch news agency ANP said job losses could not be ruled out.

"The situation remains very volatile and uncertain. We believe that spikes in the epidemic will continue to have a significant impact in several of our markets in addition to growing recession pressures," Heineken CEO Dolf van den Brink said in a statement.

When the coronavirus outbreak began, Heineken said it aimed to avoid massive layoffs but in April was forced to scrap forecasts and dividends for this year.

Founded in the 19th century in Amsterdam, Heineken sells more than 300 brands, including its namesake plus others such as Strongbow and Amstel. It employs 85,000 people globally.