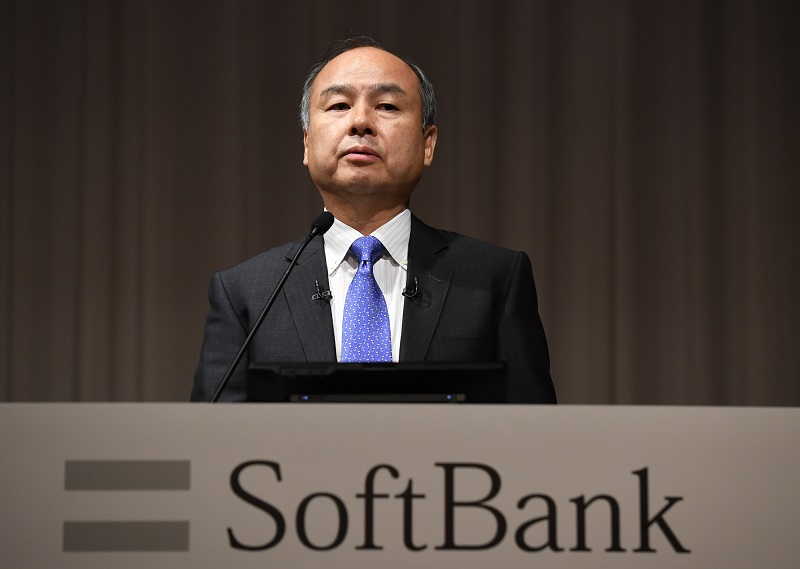 Softbank group CEO Masayoshi Son delivers a speech during his company's financial results press conference at a hotel in Tokyo.

SAN FRANCISCO - A group of investors including SoftBank Group are in talks to invest $1-billion or more into Uber's self-driving car unit, The Wall Street Journal reported on Wednesday.

Word of a potential infusion of cash valuing the Uber autonomous vehicle division at from $5-billion to $10-billion comes as the ride-hailing startup steers toward a hotly-anticipated stock market debut.

Under terms being discussed, SoftBank's Vision Fund and other investors, including a car maker, would take a minority stake in Uber's self-driving vehicle unit, according to the Journal.

The Journal described the "late-stage" talks as fluid, with the possibility a deal might not be reached.

Uber has been in a race with Google-owned Waymo and a host of other companies, including major automakers, to develop self-driving vehicles.

Waymo said this month that it would sell a key innovation to companies that don't compete with its autonomous cars.

The California-based unit of Google parent Alphabet will offer its lidar sensors, which measure distance with pulses of laser light, to companies in robotics, security, agricultural technology and other sectors.

The move could offer a new revenue stream for Waymo as it invests in bringing "robo taxis" to market, broadening the availability of the 3D lidar sensors it has been developing since 2011.

Uber is aiming beyond car rides to becoming the "Amazon of transportation" in a future where people share, instead of own, vehicles.

If all goes to plan, commuters could ride an e-scooter to a transit station, take a train, then grab an e-bike, share a ride or take an e-scooter at the arriving station to complete a journey -- all using an Uber app on a smartphone.

READ: Uber shows off its vision for future 'flying taxi'

Uber's platform moves cargo as well as people, with a "Freight" service that connects truckers with shippers in a way similar to how drivers connect with people seeking rides.