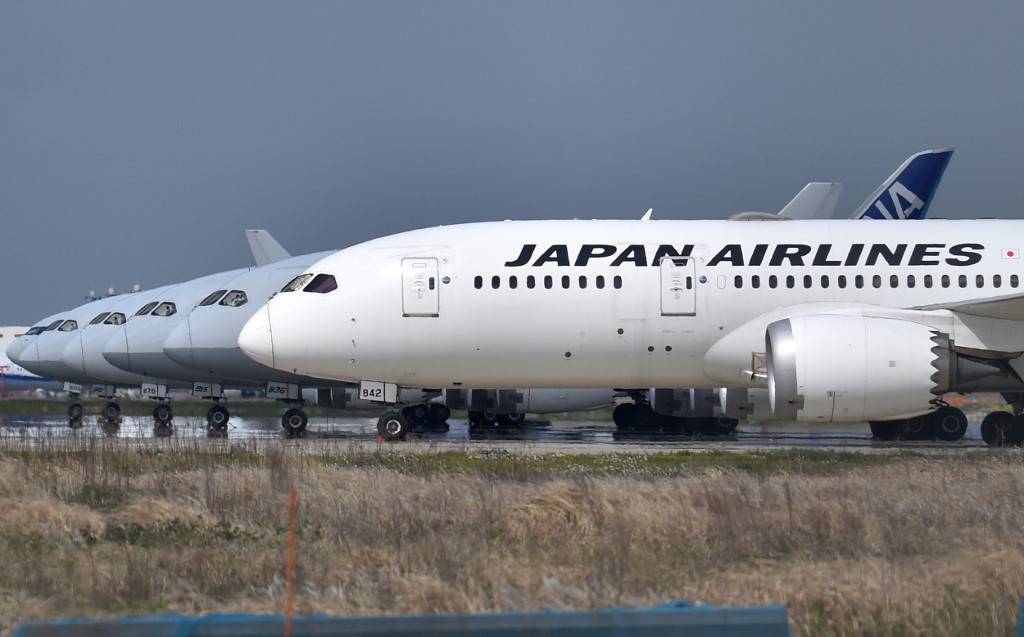 This photo talken on April 28, 2020 shows a Japan Airlines (front) passenger plane on the tarmac at Tokyo's Haneda airport

TOKYO- Japan Airlines on Monday said it suffered a deep quarterly net loss of $885-million as the coronavirus pandemic halted air travel around the world.

The air carrier said its net loss for April-June came to 93.7 billion yen, plummeting from a quarterly profit of 12.9 billion yen seen a year ago.

The company changed its accounting method starting this quarter.

But the latest data registered as the biggest loss, under a different accounting method, since the company was relisted on the Tokyo Stock Exchange in 2012 after it filed for bankruptcy in 2010.

READ: Japan economy better than feared but still in recession

The company did not issue annual forecasts, citing deep uncertainty surrounding the pandemic.

"Upon the declaration of the state of emergency on April 7 in Japan, domestic passenger demand also fell rapidly and in an unprecedented manner as inter-prefecture travel was strongly discouraged by the government," it said.

The lifting of Japan's emergency declaration and the nation's recent push to promote domestic travel have improved domestic demand a bit, the company said.

However, the company said: "Japanese society is still struggling to work out how to resume economic activities with infection prevention measures, thus it is expected it will take more time for domestic passenger demand to make a full recovery."

JAL's announcement came only days after its chief domestic rival ANA Holdings said it saw a record net loss of 108.8 billion yen and an operating loss of 159.0 billion yen for the April-June quarter.