Johnson: Britain will be ready for Brexit in October 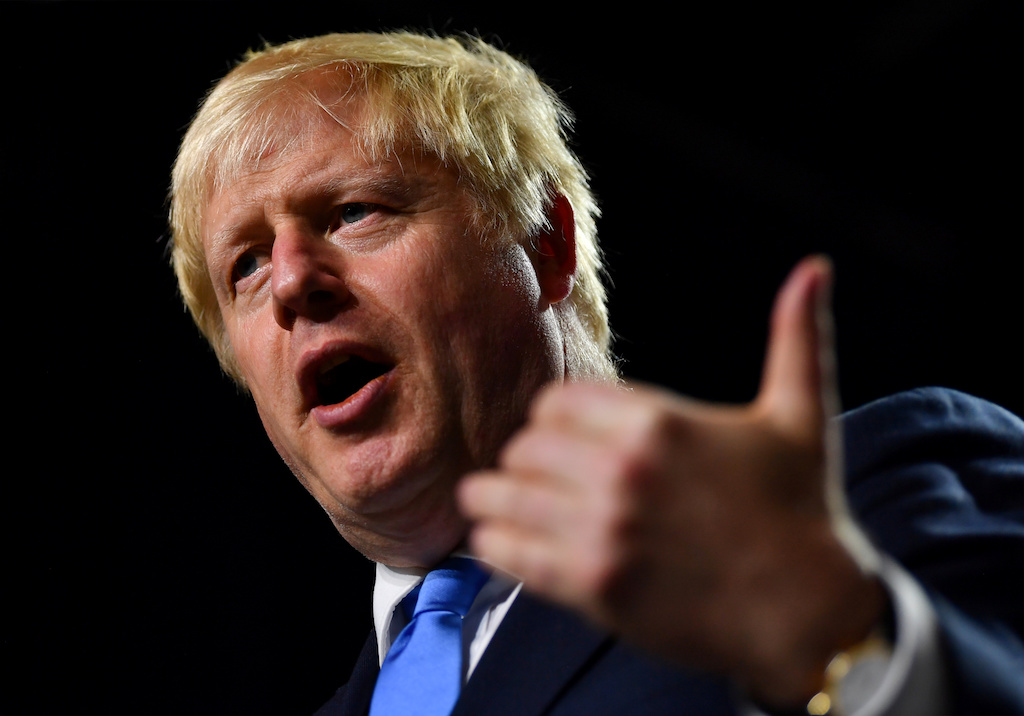 Britain's Prime Minister Boris Johnson gestures during a news conference at the end of the G7 summit in Biarritz, France, August 26, 2019.

LONDON - Prime Minister Boris Johnson said on Thursday Britain will be ready for a no-deal Brexit on October 31 despite his own government's assessment warning that planning remained "at a low level".

Johnson insisted the government had been "massively accelerating" its preparations for leaving the European Union without an agreement since the August 2 report, which was disclosed on Wednesday after MPs voted for its release.

He called the "Operation Yellowhammer" forecast, drawn up with input from various departments and which warned of possible civil unrest and shortages of food and medicines following no deal, a "worst case scenario".

"All the industries that matter will be ready for a no-deal Brexit," Johnson told reporters.

"What you're looking at here is just the sensible preparations -- the worst-case scenario -- that you'd expect any government to do."

The documents painted a grim picture of possible "public disorder and community tensions" as well as logjams at Channel ports, threatening supplies, after a no-deal departure.

But Paul Carter, Conservative leader of the local authority in the southeast county of Kent where there are fears of such gridlock, agreed that Johnson's administration had made "real progress" in recent weeks.

"I'm pretty confident that we can avoid disruption in Kent," he told the BBC.

But French Budget Minister Gerald Darmanin said he was "a bit worried about how the British are preparing".

"You don't re-create a border that hasn't existed for several years... in just a few hours," he said.

The Yellowhammer release has also fuelled fears among MPs that a disorderly divorce would be as calamitous as the documents warn.

"It is unprecedented," said MP Dominic Grieve, who was expelled from the ruling Conservatives last week for voting against the government over the issue.

"Even if we are ready for a no-deal Brexit, this is highly disruptive and costly."

Johnson took office in July promising to finally deliver on the referendum decision by leaving the EU on October 31 no matter what, but finds himself increasingly boxed in.

He has no majority in the Commons and suspended parliament on Monday until October 14 in an apparent bid to thwart opposition to a possible no-deal departure.

Johnson asked Queen Elizabeth II to shutter parliament for five weeks, claiming it was necessary ahead of introducing his new domestic agenda.

The suspension, known as prorogation, occurs most years but was unusually long, provoking uproar across the political spectrum and several legal challenges.

The prime minister defended the decision again on Thursday, insisting he had not lied to the Queen about his motives for it.

Asked by the British broadcaster if he had lied, he replied: "Absolutely not!"

A Scottish appeals court ruled Wednesday the suspension was "unlawful" and intended to "stymie parliament". Johnson's government has appealed the decision and the case is set to be heard in the Supreme Court next Tuesday.

Northern Ireland's High Court on Thursday dismissed several lawsuits filed there that argued the prorogation was illegal and a no-deal Brexit breached the terms of the province's 1998 peace accord.

Parliament will for now stay shut, despite calls from opposition lawmakers for its immediate recall -- intensified by the release of the Yellowhammer documents.

"It is also now more important than ever that parliament is recalled and has the opportunity to scrutinise these documents and take all steps necessary to stop no deal," Labour's Brexit spokesman Keir Starmer said.

However, a government source told AFP on Wednesday that "nothing is changing" until the case was concluded.

Ahead of the shutdown lawmakers passed a law aimed at preventing a no-deal Brexit, but Johnson has insisted Britain will still depart the EU on October 31.

The British leader wants to renegotiate the divorce terms struck by his predecessor Theresa May, which MPs have repeatedly rejected.

But European leaders accuse him of offering no viable alternatives.

Johnson insisted he was "very hopeful" of getting a deal.

"We can see the rough area of a landing space, of how you can do it," he said.

"It will be hard, but I think we can get there."