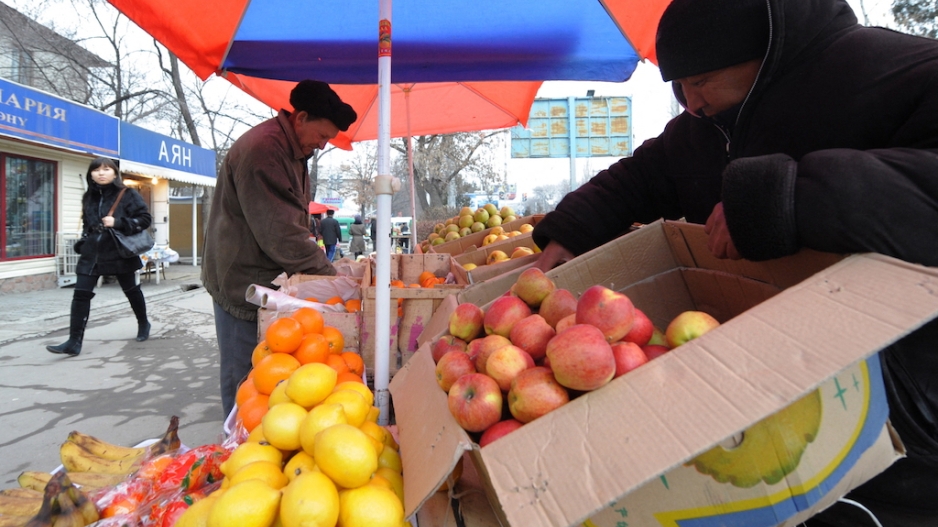 A Kyrgyz woman looks at fruit for sale in Bishkek, the capital of the Central Asian state of Kyrgyzstan. AFP/Vyacheslav Oseledko

ALMATY - Authorities and retailers in Central Asia raised alarm over panic-buying and rising prices as neighbouring Russia restricts food exports to limit the damage of sanctions triggered by its invasion of Ukraine.

The five-country region is strongly dependent on imports from Russia and has already seen local currencies slide after the sanctions trained on the Russian economy hammered the ruble.

A surge in demand for sugar is the latest symptom of the Ukraine invasion contagion after Moscow announced plans to restrict exports of key foodstuffs last week.

The weekend saw a spree of panic-buying of sugar in Kazakhstan, which shares a land border with Russia that is among the longest in the world. Shoppers in neighbouring Kyrgyzstan also rushed to buy sugar.

Kazakh President Kassym-Jomart Tokayev warned the nation that food prices were likely to "break absolute records" in connection with events in Ukraine.

Supermarkets in Bishkek, the capital of Kazakhstan's impoverished neighbour Kyrgyzstan, were also low on sugar.

An AFP correspondent reported on Wednesday that Bishkek supermarkets were selling kilogram bags at a 50 percent increase over the price at the beginning of last week.