With 'Libra,' Facebook takes on the world of cryptocurrency 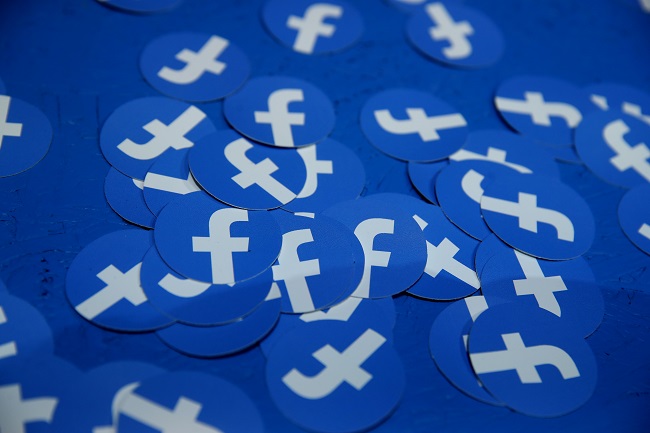 SAN FRANCISCO - Facebook is leaping into the world of cryptocurrency with its own digital money, designed to let people save, send or spend money as easily as firing off text messages.

"Libra" -- described as "a new global currency" -- was unveiled on Tuesday in a new initiative in payments for the world's biggest social network with the potential to bring crypto-money out of the shadows and into the mainstream.

Facebook and some two dozen partners released a prototype of Libra as an open source code to be used by developers interested in weaving it into apps, services or businesses ahead of a rollout as global digital money next year.

An eponymous nonprofit association based in Geneva will oversee the blockchain-based Libra, maintaining a real-world asset reserve to keep its value stable.

The initiative has the potential to allow more than a billion "unbanked" people around the world access to online commerce and financial services, said Libra Association head of policy and communications Dante Disparte.

"Sending money to your friend shouldn't be harder than getting them an Uber ride home," said Uber head of payments and risk Peter Hazlehurst.

"Libra has the potential to bridge the gap between traditional financial networks and new digital currency technology while reducing the costs for everyone."

Facebook will be just one voice among many in the association but is separately building a digital wallet called Calibra.

"We view this as a complement to Facebook's mission to connect people wherever they are; that includes allowing them to exchange value," Calibra vice president of operations Tomer Barel told AFP.

"Many people who use Facebook are in countries where there are barriers to banking or credit."

Calibra is being built into Facebook's Messenger and WhatsApp with a goal of letting users send Libra as easily as they might fire off a text message.

Libra learned from the many other cryptocurrencies that have preceded it such as bitcoin and is designed to avoid the roller-coaster valuations that have attracted speculation and caused ruin.

Real-world currency used to buy Libra will go into a reserve backing the digital money, the value of which will mirror stable currencies such as the US dollar and the euro, according to its creators.

"It is backed by a reserve of assets that ensures utility and low volatility," Tomer said.

For the digital currency to operate on a global scale, Libra is relying on a platform of blockchain technology that uses about 100 trusted computer "nodes" to validate and register transactions.

The Libra Association will be the only entity able to "mint or burn" the digital currency, maintaining supply in tune with demand and assets in reserve, according to Barel.

"It is not about trusting Facebook, it is effectively trust in the association's founding organizations that this is independent and democratic," Disparte said.

The launch comes with Facebook seeking to move past a series of lapses on privacy and data protection which have tarnished its image and spark scrutiny from regulators around the world.

The new Calibra digital wallet promises to eventually give Facebook opportunities to build financial services into its offerings, offer expand its own commerce and let more small businesses buy ads at the social network.

Financial information at Calibra will be kept strictly separate from social data at Facebook and won't be used to target ads, Calibra vice president of product Kevin Weil told AFP.

Libra will be a regulated currency, subject to local laws in markets regarding fraud, guarding against money laundering and more, according to Weil.

"If you look at the state of people using money to do bad things, most of it happens in cash," Weil said.

For people without access to banks, local money could be swapped for Libra at traditional currency exchange houses or businesses offering such services.

And the ubiquity of smartphones means digital wallets for Libra could make banking and credit card services and e-commerce available in places where they don't now exist.

Kerner wrote in a recent blog post that cryptocurrencies are essentially loyalty points and that a broad use of such digital money could be "a revolutionary tool" to expand the use of these kinds of digital "tokens."

"Facebook can create the world's first scaled token economy, and we can all learn from their experience," Kerner said. "That's why I think the Facebook coin could be a watershed moment in crypto."