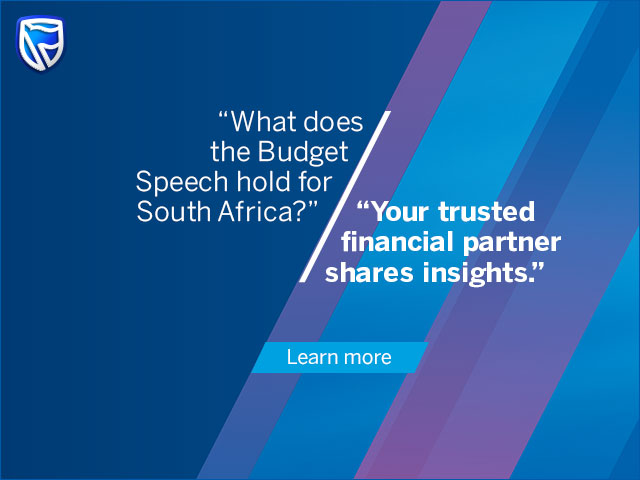 With the country in election mode and Minister Mboweni facing myriad demands across the fiscus, it is unlikely that South Africans will see significant changes or new taxes introduced during the budget announcement on 20 February.

“I think the Minister takes cognisance of these drivers of growth and business certainty and was very specific in how he is trying to boost them. This in turn creates much-needed business confidence,” says Polkinghorne.

SA’s economy needs to achieve higher levels of real economic growth and activity, but Minister Mboweni announced that real GDP growth in 2019 will rise to 1.5 per cent, and then strengthen moderately to 2.1 per cent in 2021.

But these negatives need to be weighed against a very clear plan to turn the economy around. The raft of positive measures to stimulate growth include the allocation of R19.8 billion for industrial business incentives, of which R600 million has gone to the clothing and textile competitiveness programme.

“This alone will support 35 500 existing jobs and create about 25 000 new jobs over the next three years, which is going to be important for the business sector in areas that are struggling,” says Polkinghorne.

The Jobs Fund is another vital complement to private sector job creation, and it was announced that the Fund has disbursed R4.6 billion in grant funding and created well over 200,000 jobs since inception. The allocation to this Fund will rise over the next three years to R1.1 billion.

A total of R481.6 million was, meanwhile, allocated to the Small Enterprise Development Agency to expand the small business incubation programme.

Over R30 billion is being allocated to build new schools and maintain schooling infrastructure. An additional R2.8 billion is added to the School Infrastructure Backlogs grant to replace pit latrines at over 2 400 schools.

“There are obvious opportunities for businesses to build these schools, roads and all the other infrastructure projects being planned,” says Polkinghorne.

“Improvement in education was very clear, with many children from disadvantaged communities set to have access to education opportunities. Again, there are conditions – they have to pass. The theme that came through quite strongly in this Budget was that while we will give, this does come with certain expectations and conditions,” says Polkinghorne.

The Minister was also very directional on property rights and made it clear this is not about just giving money. “There is an allocation for first time home-owners, which will support property rights,” says Polkinghorne.

A major opportunity for further growth and development is the support for private sector investments in agriculture by emerging farmers, with R1.8 billion to be allocated for the implementation of 262 priority land-reform projects over the next three years. R3.7 billion is set aside to assist emerging farmers seeking to acquire land to farm.

The Land Bank will support smallholders, and leverage partnerships with other financial institutions. It aims to disburse R3 billion in the next fiscal year.

Among others, R625 million is to be allocated to the Development Bank of Southern Africa, the Government Technical Advisory Centre and the Presidential Infrastructure Coordinating Commission to speed this up, with projects based on rural roads and water to be prioritised.

The fight against corruption looms large and the government is stepping up to tackle state corruption, while at the same time clamping down on all illegal industries, particularly illicit tobacco.

“This is a wake-up call for businesses dealing with illegal entities, or those entities which are not toeing the line from a governance perspective. The Minister was very elegant in battling the challenges and difficult issues like SOEs and corruption. These issues are on the table and he was very specific about how he would deal with these. Collectively we have to address the rot,” says Polkinghorne.

“I think business will find the Budget consistent, reasonably honest and transparent. I think consumers are struggling already and the bracket creep, sin taxes and especially the fuel levy will really hit consumers. But the fact there were not any wholesale tax hikes will offer some relief,” concludes Polkinghorne.