Mnangagwa explains why Zimbabwe did not adopt the rand 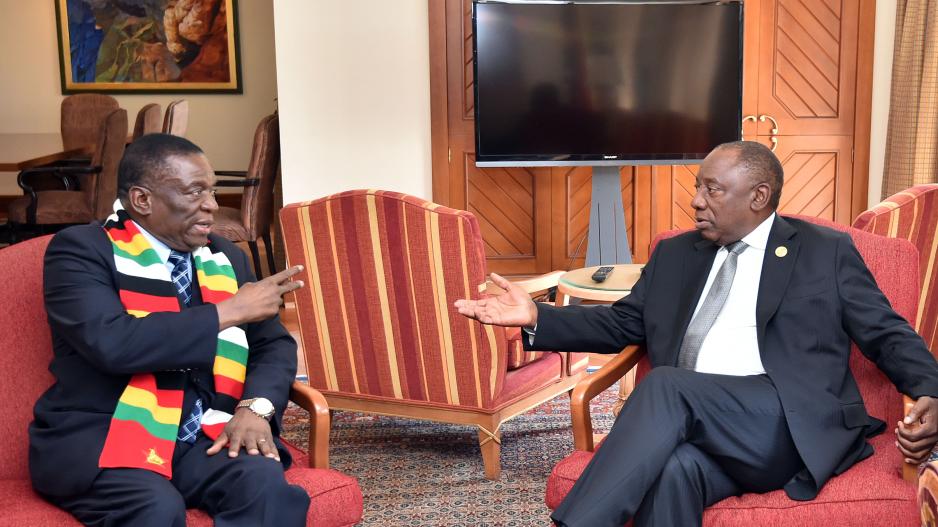 File: President Cyril Ramaphosa meets with Zimbabwe  President Emmerson Mnangagwa on the margins of the second day of the 32nd Ordinary Session of the Assembly of African in Ethiopia.

JOHANNESBURG - Zimbabwe did not adopt the rand due to onerous conditions set by the South African Reserve Bank, President Emmerson Mnangagwa said on Friday.

Speaking during a live radio interview, Mnangagwa said he was part of a committee that approached the SARB, with the intention of adopting the rand as "our domestic currency of Zimbabwe"-- before Zimbabwe adopted the multi-currency system.

"But when we approached the SARB, they gave us a checklist with certain conditions for us to use the rand."

"It also needed South Africa to give us money (notes) that is commiserate with our GDP," he said adding that some of the conditions were not acceptable.

He stated that the government led by Robert Mugabe then decided to use a basket of currencies without formally adopting them.

In 2016, the country tried to tackle the chronic shortage of US banknotes by introducing a parallel token currency called "bond notes", which was meant to be worth the same as a US dollar. But the bond notes were in reality worth less than the green back.

Zimbabwe recently introduced a new currency the RTGS dollar but is still allowing other currencies to be used for transactions. Plans are however in progress to ban the use of other currencies.

"Zimbabwe must reach a stage were it has its own currency which is the Zimbabwe currency. This will be announced at an appropriate time when implementation is ready," said Mnangagwa.

The country abandoned its currency, the Zimbabwean Dollar after it spiralled out of control between 2008 and 2009 during Mugabe's rule.