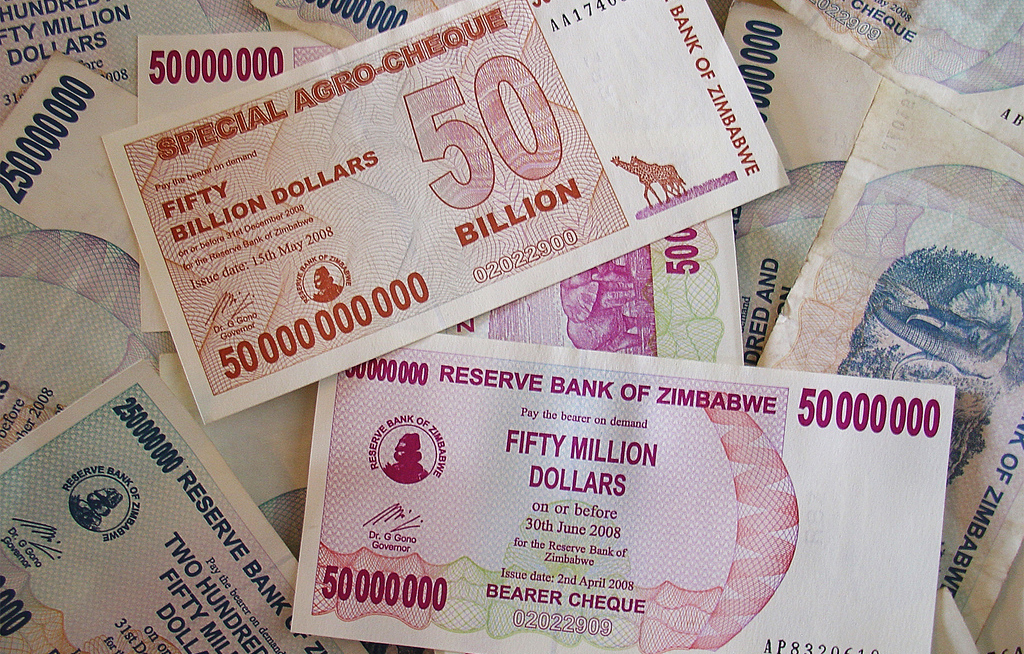 FILE: New low-denomination banknotes touted by the government as the solution to the acute cash shortage that has crippled Zimbabwe's economy failed to arrive on Monday.

HARARE - New low-denomination banknotes touted by the government as the solution to the acute cash shortage that has crippled Zimbabwe's economy failed to arrive on Monday, leaving banks in confusion and customers frustrated.

The dearth of cash, along with shortages of staple goods exacerbated by a long drought, has sent inflation to its highest since 2008, estimated at 380% year on year, economists estimate.

"Where's the money?", the government's mouthpiece, The Herald newspaper, said in an online report. The central bank had failed to circulate the new banknotes by the close of business on Monday, it said.

Banking executives told Reuters they had received no new bills as expected or any communication from the Reserve Bank of Zimbabwe (RBZ) about why the notes had not been distributed.

RBZ Governor John Mangudya could not be reached for comment after earlier promising to speak.

"We now think we may get the cash on Tuesday. People have been calling all day to inquire whether they can come to make withdrawals," an executive at a foreign-owned bank said.

The executive, who declined to be named because he is not authorised to speak to the press, said the RBZ's failure to deliver the notes would add to the mistrust that citizens have of the central bank.

In 2008, hyperinflation wiped out many Zimbabweans' pensions and savings and forced the southern African country to dump the Zimbabwe dollar currency.

In June this year, the government unexpectedly ended a decade of dollarisation by reintroducing the Zimbabwe dollar to give it more flexibility in shaping monetary policy.

It hopes the new notes, which will have the same denominations as bond notes currently in circulation, will help end the cash crunch, bring down inflation and speed up the restoration of the long neglected domestic currency.

The RBZ said it would issue new 5 dollar and 2 dollar notes as the next stage of that process, similar in design and colour to the bond notes that were introduced in 2016 as a surrogate for U.S. dollars.

It has said it plans to inject 1 billion Zimbabwe dollars in cash into the economy the next six months.

But many locals and market analysts are unconvinced that new notes will do much to alleviate the crisis.

READ: Mnangagwa explains why Zimbabwe did not adopt the rand

"If only they had introduced higher denomination notes like 50 dollars that would have made more sense. What do you do with 5 dollars?" said Rachel Mandeya, a 28-year-old street foreign currency trader.

The 5-dollar note, the highest new denomination, is worth just 32 U.S. cents and is only enough to buy a bottle of soda.

Tony Hawkins, a professor of business studies at the University of Zimbabwe, said the central bank was trying to deal with "symptoms of a bigger problem."

That included foreign currency shortages, lack of foreign investment, inflation and lack of confidence in policy.

"The new cash will not resolve the economic problems we face... What it means is that we will probably have more cash around to feed the black market for currency," he added.

Many businesses discount prices by up to 40% for customers paying cash and charge more for those using mobile money or bank cards.