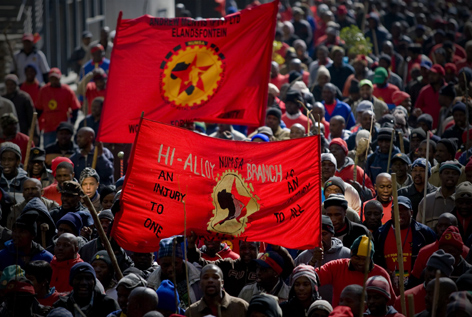 File: Numsa said they are not convinced the approximately 200 Comair employees need to be retrenched.

JOHANNESBURG - The National Union of Metalworkers of South Africa (Numsa) condemned the possible retrenchment of 200 workers employed by Comair.

According to a statement released by the union, Comair served employees with Section 189 notices, in part, due to the grounding of the company's Boeing 737 fleet, fuel prices, a weak rand, increased costs, and overstaffing

Numsa related that the management of Comair explicitly stated the reasons for retrenchment are unrelated to the COVID-19 pandemic, affecting the economy and many business interests, particularly for airlines.

The retrenchment letter reportedly said, “whilst the spread of the COVID-19 virus and the consequent global health crisis has had multiple effects, including economic effects, the proposed restructuring is not as a result thereof. Whilst the Company shall continue to monitor the impact of this virus on its staff and operations, as well as its revenue as a result of travel restrictions, it is important to understand, that this has not necessitated this restructuring exercise.”

Numsa said they are not convinced the approximately 200 employees need to be retrenched.

Their statement read, "we do not believe the management of Comair. We think that this is another example of a private company using the COVID-19 pandemic in order to justify restructuring of the organisation, for their own commercial gain."

Numsa promised it would fight for workers and their rights and to try and prevent as many job losses as possible.