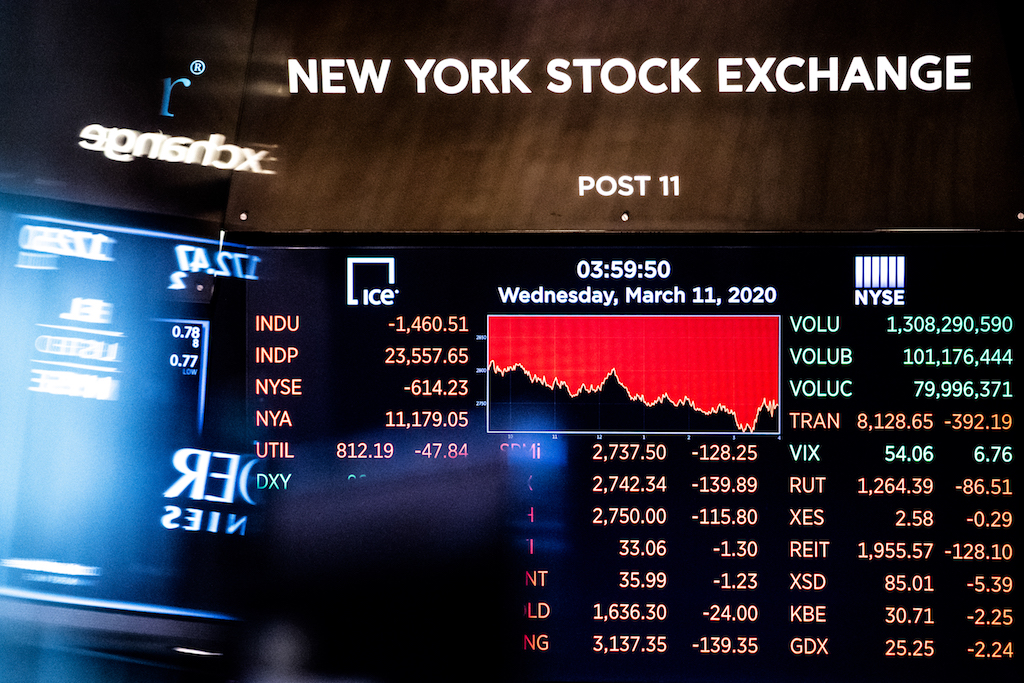 File: WTO chief Roberto Azevedo warned the downturn "may well be the deepest economic recession or downturn of our lifetimes".

SINGAPORE - Oil prices plunged about six percent on Thursday after US President Donald Trump announced a 30-day ban on all travel from Europe to the United States over the coronavirus pandemic.

West Texas Intermediate slipped 6.2 percent to $31 a barrel while Brent crude was off 5.8 percent at under $34 a barrel.

Both contracts extended heavy losses from a day earlier, which came after Saudi Arabia and Gulf partner the UAE stepped up a price war by vowing to pump millions more barrels of crude.

Crude markets have been in turmoil since the start of the week, when they suffered their biggest one-day drop in a generation after Riyadh slashed prices following a row with Moscow about output cuts.

Prices briefly bounced after Trump began addressing the nation on the virus outbreak, which is now hitting the world's top economy hard -- but then quickly slipped into the red.

The travel restrictions, which do not apply to Britain, will go into effect Friday at midnight, Trump said.

The move came after the World Health Organization declared the outbreak a pandemic.

Following Trump's announcement, AxiCorp market strategist Stephen Innes said that "if this doesn't get Saudi and Russia back to the table, I don't think anything will".

This week's collapse of oil prices came after OPEC kingpin Saudi Arabia had led a push to reduce output further to shore up prices amid slumping demand.

But the move was blocked by Moscow, the world's second-biggest oil producer, prompting Riyadh to slash prices.