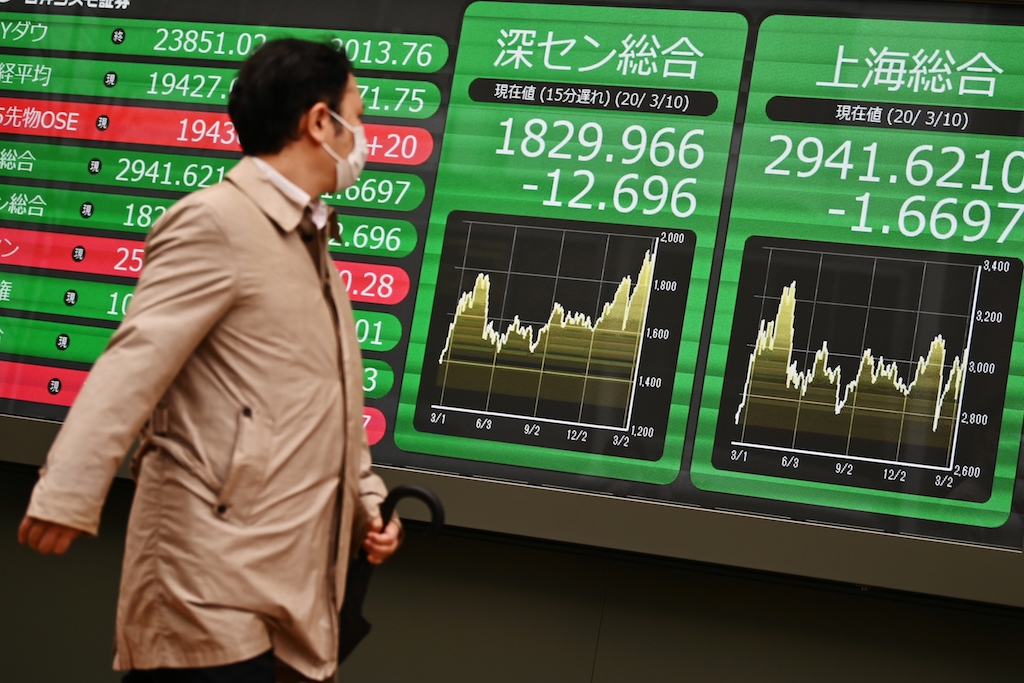 Tokyo's key Nikkei index dropped three percent in early trade on Tuesday following a blistering sell-off on Wall Street sparked by a crash in oil prices and fears over the coronavirus.

HONG KONG - A bounce in the price of oil provided some support to under-pressure stocks in early Asian trade on Tuesday, a day after global equities suffered their biggest losses in more than a decade.

Global stock markets had capitulated on what has become known as "Black Monday", with the Dow on Wall Street plunging more than 2,000 points, triggering an emergency break in early trade.

But there was some relief on Tuesday as oil prices jumped around six percent after plunging by a third the previous day, in their worst session since the 1991 Gulf War.

Equity markets were a lot calmer across Asia, though they continued to fluctuate through the morning.

Traders remain on edge and AxiCorp's Stephen Innes warned the panic had not yet stopped, with "growing evidence that an oil shock of historic proportions is now underway".

"Severe weakness in energy markets is quickly cascading into broader declines in commodity markets, high-yield credit, and equities," he said.

He added that "a fiscal response is wholly justified, and regardless of whether or not governments can respond fast enough, all they need to do is drop a number".

If the "US, China, Europe, and Japan get on the phone and agree on a figure like something in the quadrillions, the fiscal pump will likely provide oil markets with a much-needed Alka-Seltzer moment".