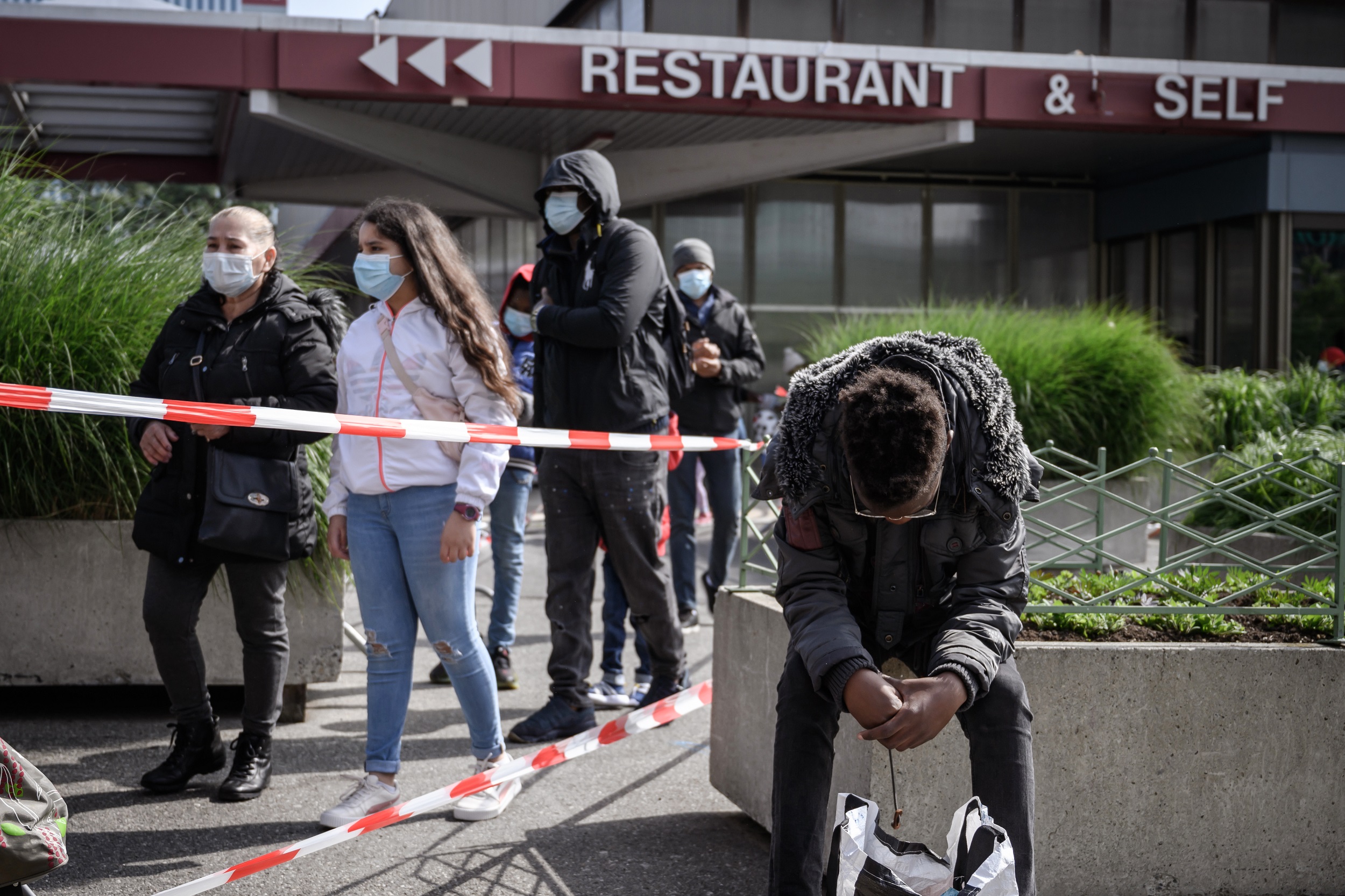 People in need queue at a free food distribution point in Geneva as the COVID-19 pandemic casts a spotlight on the usually invisible poor.

WASHINGTON - The head of the World Bank warned that the coronavirus crisis threatens to push some 60 million people into extreme poverty, wiping out the gains made over the past three years.

The global lending institution is already financing aid programmes in 100 countries, under its commitment to spend $160-billion over the next 15 months, bank president David Malpass said.

"That's home to 70 percent of the world's population. This represents a significant milestone," Malpass told a conference call.

Malpass said the bank anticipates a five percent contraction in the world economy this year, with severe effects on the poorest countries.

"Our estimate is that up to 60 million people will be pushed into extreme poverty, erasing all the progress made in poverty alleviation in the past three years, and our forecasts indicate a deep recession," Malpass said.

Nearly five million people have been infected by the virus around the world, and more than 300,000 have died since it first appeared in China in late 2019.

So far, the World Bank has spent $5.5-billion to shore up beleaguered health systems, economies and social services in poor countries.

But Malpass stressed that the World Bank's efforts alone were insufficient, and urged donor nations to step up bilateral aid to poorer countries to ensure a durable recovery.

He said restoring the flow of remittance payments and tourism -- key sources of income for developing countries -- would be "critical steps in the reopening."

A year-long moratorium on debt payments by less developed countries -- called for by the G-20 in mid-April -- has gained growing acceptance, he noted.

According to Malpass, 14 countries have agreed to such a suspension of debt payments, another 23 are expected to request it, and 17 were giving it serious consideration.

"That's a very welcome and very fast response and positive response to the G-20 countries' commitment," he said.