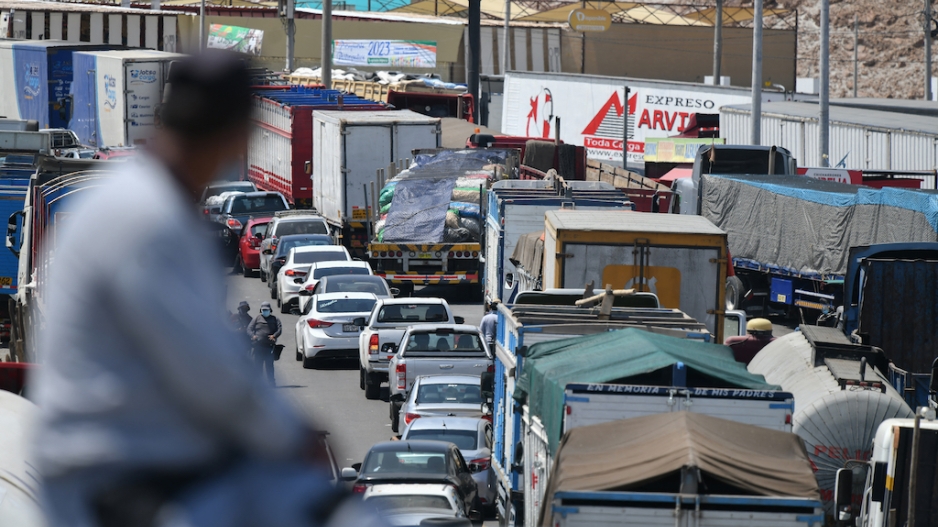 LIMA - A truckers union in Peru has declared an indefinite strike from Monday after failed negotiations with President Pedro Castillo's government over fuel prices.

Peru's government confirmed Sunday that an agreement could not be reached after three days of talks with the country's heavy haulers and drivers union.

"We have not reached an agreement with the cargo transport unions, we regret the intention to continue with the strike announced for (June) 27," said Finance Minister Oscar Graham at a press conference.

Consumer inflation in Peru has spiked in recent months, with the current year-on-year rate at more than 8 percent, far higher than the government's target of 3.5 percent.

Graham called on the truckers union "to continue the dialogue", adding that the government did reach a deal with a union that represents about 100,000 interprovincial bus drivers.

"We are going to strike anyway," Marlon Milla, the truckers union chief, said on a local television channel.

Milla, whose union brings together about 400,000 truck drivers in 14 of Peru's 25 regions, is asking for an extension to the elimination of a fuel tax, as well as other measures to address discontent in the sector.

Defense Minister Jose Luis Gavidia declared a state of emergency on the country's roads from midnight on Monday, with the army and police deployed to prevent roadblocks.

This is the second truckers union strike Castillo's government has faced in 11 months.

In April, a strike by the multimodal transport guilds union triggered violent protests and roadblocks, as well as the imposition of a curfew on April 5.