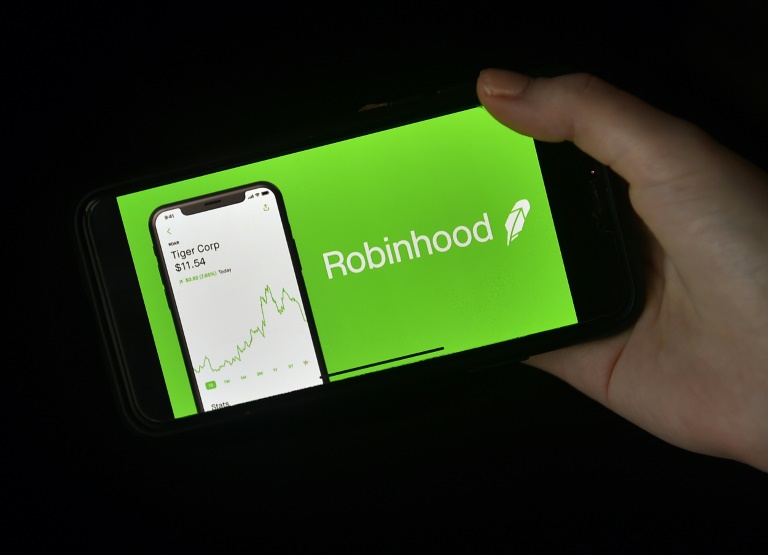 NEW YORK - Robinhood had a rough start on Wall Street, falling sharply in its Nasdaq debut after the fast-growing online trading app raised $1.9-billion in an initial public offering.

The Silicon Valley company, launched in 2013 by two friends who met at Stanford University, has billed itself as an accessible and fun platform for young and first-time investors, leading to outsized growth during the coronavirus pandemic.

But the company, which now has a valuation of around $32-billion, has also drawn skepticism over its business model and criticism from key regulators over its practices.

Commentators on CNBC monitoring the IPO described the offering as "polarising," with loud voices in the investment community on both sides.

READ: Robinhood aims for $35bn valuation when it goes public

"The brand Robinhood really stands for this next generation of consumers," the company's Chief Executive Vladimir Tenev said in an interview with the network.

The company had set aside 20 to 35 percent of shares for customers in the initial offering, an unusually large portion for individual investors. But Tenev declined to provide the level of participation.

Founded in 2013 by Tenev and Baiju Bhatt, Robinhood has pitched itself as a niche for underinvested "everyday people," who are younger and more diverse, according to a prospectus. Robinhood's median customer age is 31.

Individual investors using the app played a role in the so-called "Reddit Rebellion" earlier this year when retail investors on the social network joined forces to support beaten-down stocks such as GameStop and BlackBerry to fight back against institutional investors.

The company has significantly grown its user base during the pandemic, more than doubling the number of accounts to 18 million at the end of March.

The firm, whose commission-free stock trading model has been copied by some rivals, had $81-billion in assets under its custody at the end of March, up from $14.2-billion at the end of 2019.

Tenev highlighted cryptocurrency trading as another growth area, telling CNBC that trading on digital currency "is an accelerant potentially for international expansion in certain markets."