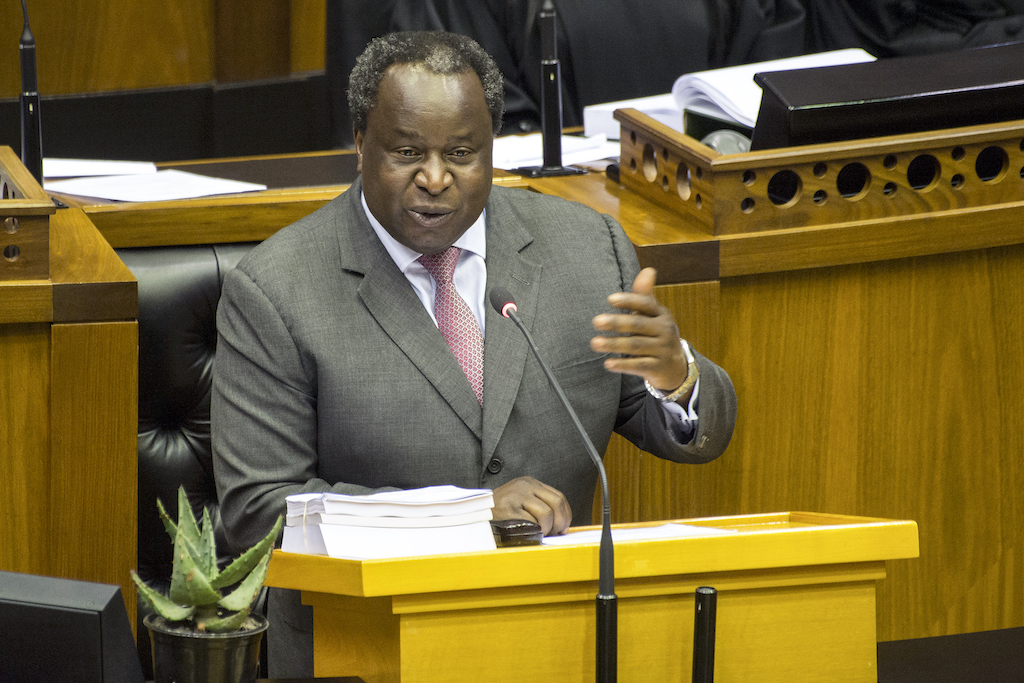 JOHANNESBURG - South Africa's Finance Minister Tito Mboweni warned Sunday the economy could shrink by more than the 7 percent forecast by policymakers and the central bank for 2020, adding that public finances are "overstretched".

The economy of Africa's most industrialised nation contracted by more than half in the second quarter of this year, an unprecedented decline caused by anti-coronavirus restrictions.

Looking ahead, there is a "risk that the actual GDP outcome for 2020 could be lower than previously thought," Mboweni wrote in the local Sunday Times newspaper.

The Treasury and central bank expect the economy to contract by 7.2 and 7.3 percent respectively this year, after the country went into a strict lockdown in March already in recession.

Mboweni noted that public finances, already in an "unsustainable position" before the pandemic, were now "overstretched".

"The reduction in economic activity in the second quarter has flowed through to lower tax revenue," the minister wrote, adding that emergency tax relief to keep households and businesses afloat would compound the loss.

Government is expected to fall short of more than 300 billion rand ($18 billion) in tax revenue -- over six percent of GDP -- Mboweni said, forcing the heavily indebted country to "borrow even more".

But he also promised reforms to climb out of the hole, writing "we must be bold in confronting what has impeded economic growth and the progress of our nation."

He wrote that one of government's priorities would be to ensure "adequate and reliable electricity", backed by a commitment to unlock private investment in the public sector.

The country accounts for around half of the continent's coronavirus cases, with over 648,000 infections and 15,427 deaths recorded to date, although daily increases have been dropping since July.