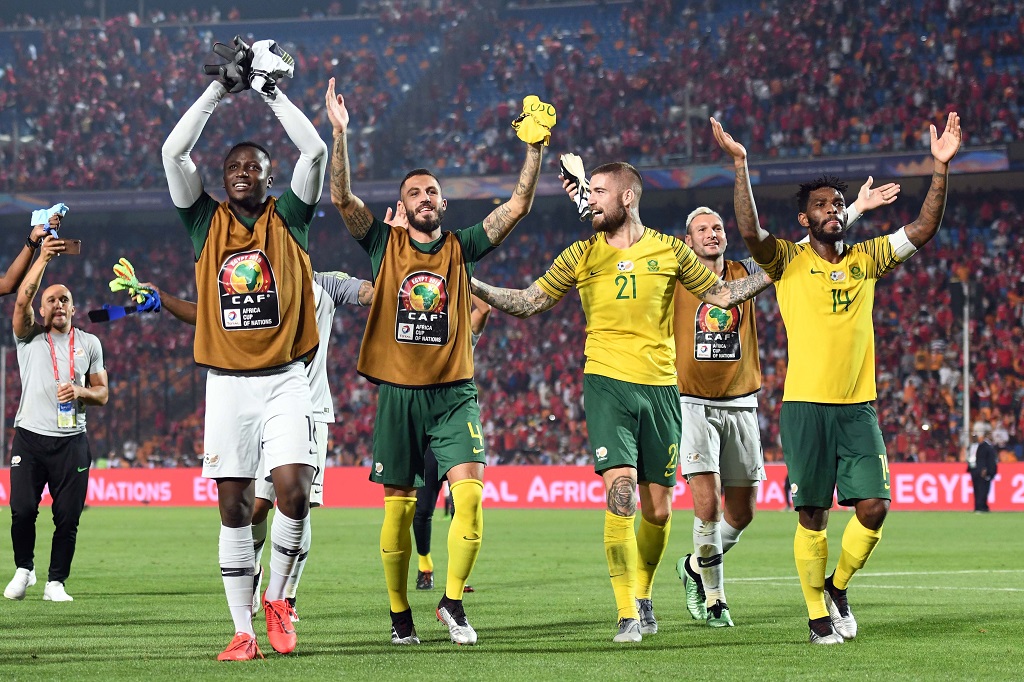 South African players celebrate after the African Cup of Nations, Last 16 match between Egypt and South Africa at Cairo International Stadium on July 06, 2019 in Cairo, Egypt.

JOHANNESBURG - Stuart Baxter's troops are in line to receive enormous pay-cheques following their exploits at the 2019 Africa Cup of Nations (AFCON) tournament in Egypt.

As things stand, Bafana players will each take home R520,000 in bonuses after advancing to the quarter-finals of this year's tournament.

Still in cloud nine following their triumph against tournament favourites Egypt in the last 16, South Africa will now shift focus to their mount-watering quarter-final encounter against the Super Eagles of Nigeria.

SAFA Player bonuses for the AFCON: