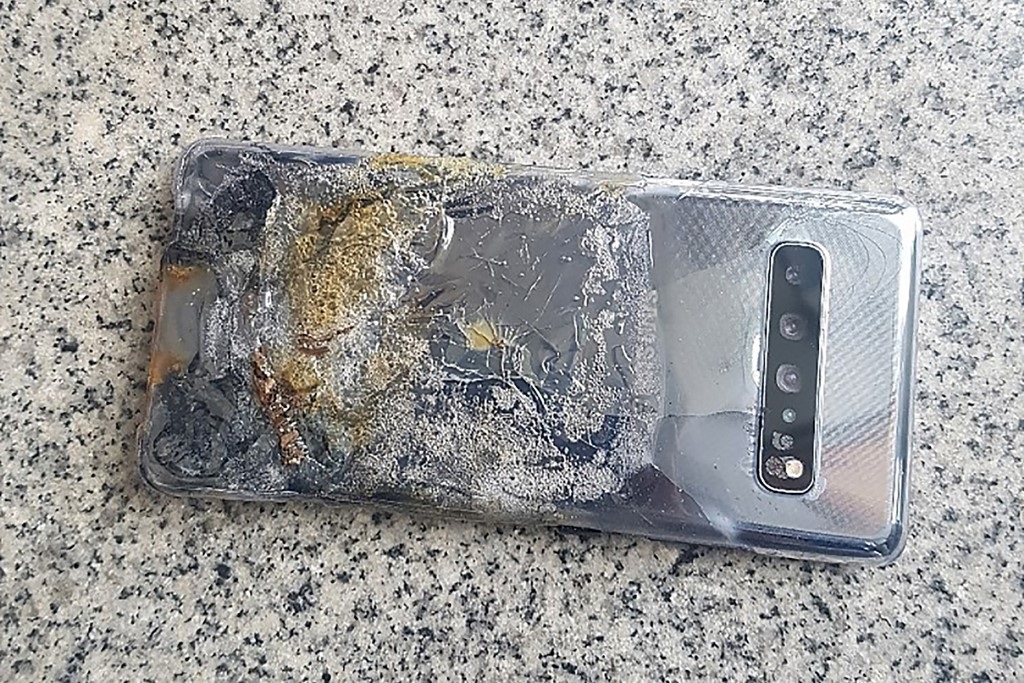 SEOUL - Samsung on Tuesday stood by its new Galaxy S10 5G model after a South Korean smartphone owner posted pictures online of a charred handset claiming it had mysteriously "burnt".

The tech giant, which three years ago was forced into an expensive and embarrassing global recall of its Galaxy Note 7 devices over exploding batteries, told AFP an "external impact" had caused the damage, rather than an internal glitch.

But the smartphone user, who asked to be identified by his surname Lee, claimed his Galaxy S10 5G phone had burnt "without reasons".

"My phone was on the table when it started smelling burnt and smoke soon engulfed the phone," Lee told AFP, adding: "I had to drop it to the ground when I touched it because it was so hot."

He said he hadn't done anything to the phone, which was left beyond repair since "everything inside was burnt".

Samsung refused to reimburse for the $1,200 phone, Lee added.

The electronics giant has touted its new Galaxy phones as the world's first available smartphones with built-in 5G communications.

The model was released on April 5 as South Korea aims to take the lead in new technologies that experts say will transform the way of lives for millions of people.

The claim came after the South Korean firm posted a 56,9% drop in net profits year-on-year Tuesday amid a weakening chip market and rising competition.