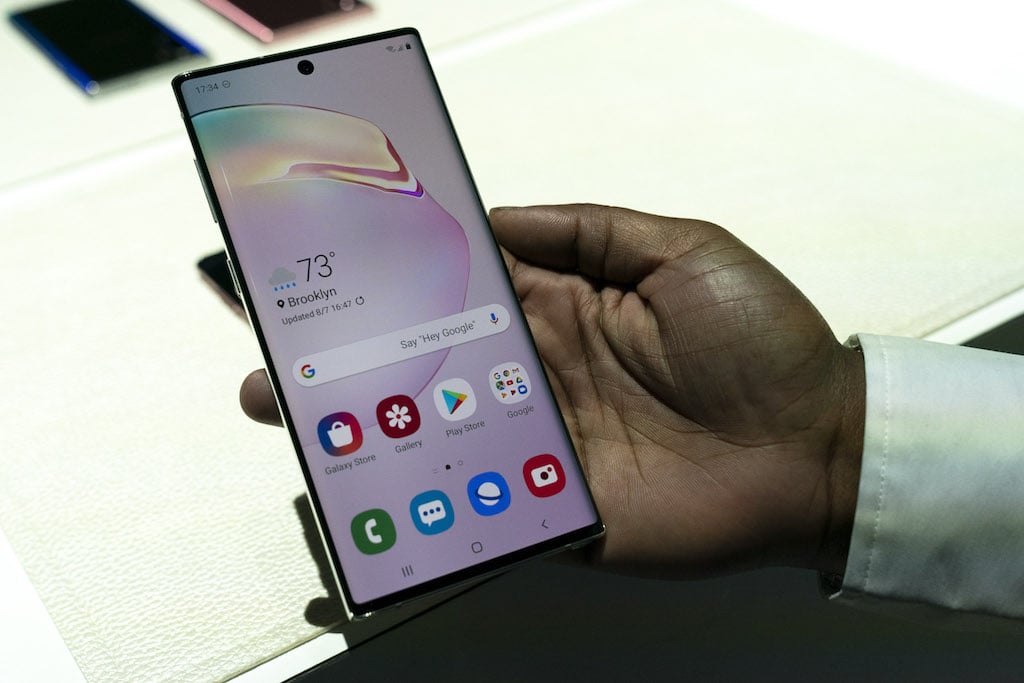 With emphasis on improved video and photography features, which helped Huawei become the world's No.2 smartphone vendor, Samsung hopes the Galaxy Note 10 will appeal to YouTubers and fans of social media.

Along with its first foldable phone, the big-screen Note 10 is the South Korean tech firm's most important new product planned in the second half of this year to expand its mobile sales.

The Note 10 boasts enhanced video effects such as augmented reality and stabilization modes, and a front-facing camera centrally located at the top of the display for better selfies. It lacks a headphone jack, a tweak Apple Inc made to its smartphones three years ago.

The phone will go on sale from 23 August and square off against Apple's latest iPhones, which are widely expected to come out later this year.

Samsung declined to disclose its sales target for the new Note series but said it expected to achieve higher sales volume than the predecessor Note 9 models.

Analysts expect similar shipments of about 9.6 million units, with the price likely to be the most important factor in a weak market. The global smartphone market shrank 3 percent in the June quarter, according to research firm Strategy Analytics.

"It is hard to expect strong sales for the new Note with just a few upgrades in its camera features," said Park Sung-soon, an analyst at Cape Investment & Securities.

Its first foldable phone, the Galaxy Fold, is set to go on sale from September, but analysts say headlines about glitches with sample Folds will dampen consumer excitement around the launch.