S.Korea to drop Japan from its trade 'white list' 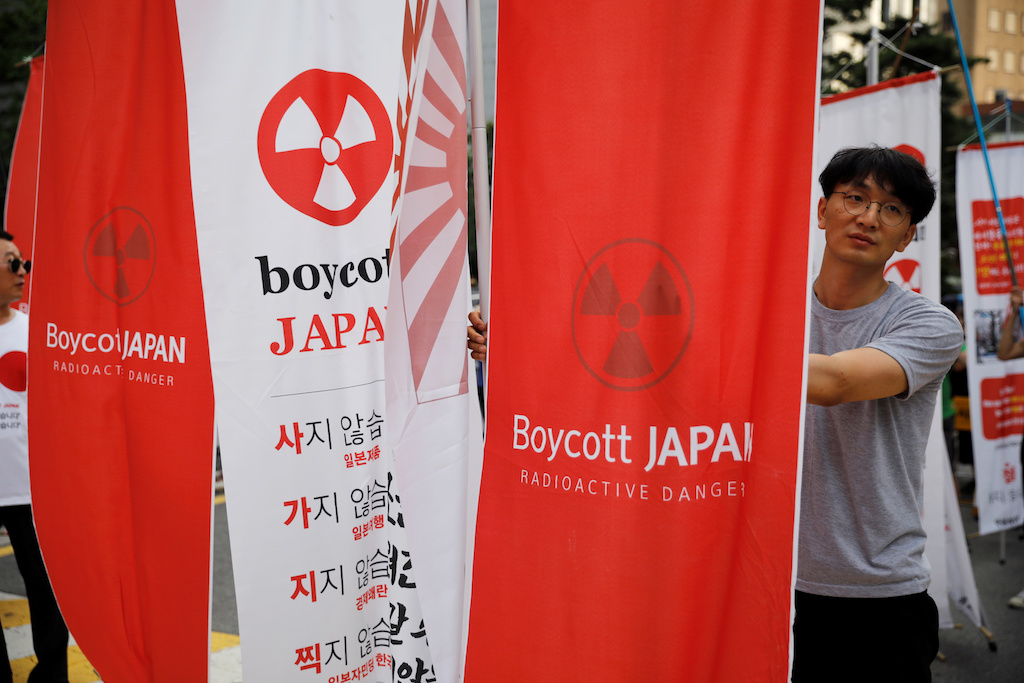 SEOUL - South Korea said on Monday it plans to drop Japan from its "white list" of countries with fast-track trade status from September, a tit-for-tat move that deepens a diplomatic and trade rift between the two countries.

Tighter trade regulations, including potential lengthy permit application processes, will apply to South Korean exports to Japan related to weapons production and machine tools, the Ministry of Trade, Industry and Energy said in a statement.

Japan announced earlier this month that it was removing South Korea from its own "white list" of countries that have enjoyed minimum trade restrictions. South Korea last week held off making a retaliatory move.