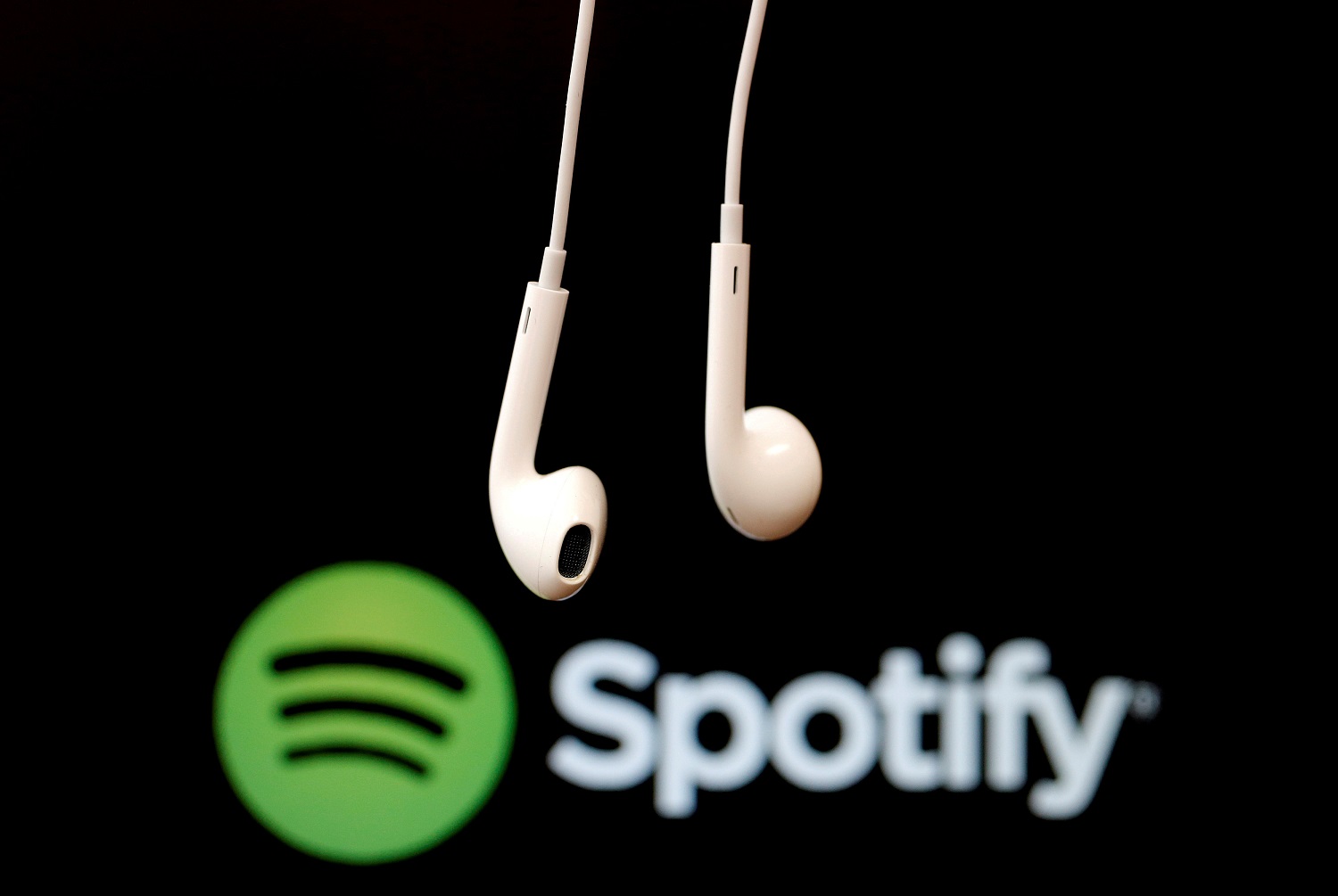 File: Headphones are seen in front of a logo of online music streaming service Spotify, February 18, 2014

New York-based SoundBetter will become part of the Spotify for Artists feature, which provides insights, profile management and promotion tools to artists and their teams, the Swedish company said.

SoundBetter's platform allows hiring of musicians, audio engineers, producers and songwriters. The company was formed in 2012 and has over 180,000 artists registered on its network, according to the statement.