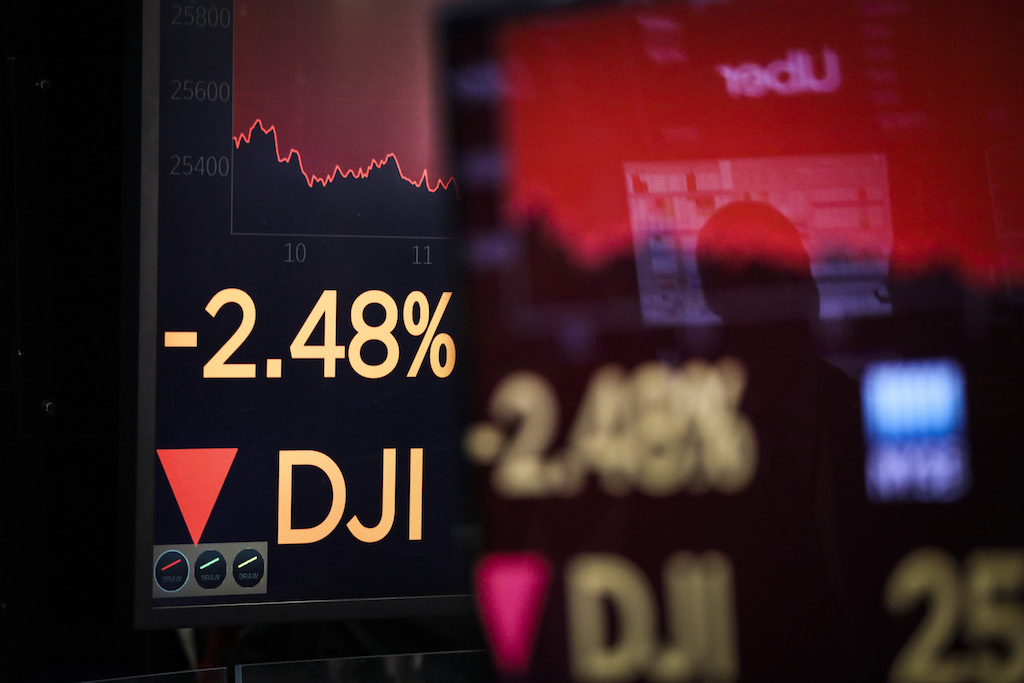 After Asian equity markets jumped in an echo of strong worldwide gains on Tuesday, European indices were lower approaching the half-way mark.

After Asian equity markets jumped in an echo of strong worldwide gains on Tuesday, European indices were lower approaching the half-way mark.

The dollar was steady against main rivals, while the euro won some support from official data showing a rebound in first quarter German growth.

"The fears over the possibility of a substantial reversal of trade war progress has added a substantial amount of volatility to markets, yet as the past 24-hours has shown, markets still exhibit hope that we could see some form of resolution emerge from this current standoff," noted Joshua Mahony, senior market analyst at IG trading group.

Elsewhere on Wednesday, oil prices dropped following a surprise rise in US crude stockpiles -- but remained propped up by tensions in the Middle East.

Saudi Arabia, the world's top crude exporter, on Wednesday said that attacks on two of its tankers and a major pipeline targeted the security of global oil supplies.

Drone attacks claimed by Iran-aligned Yemeni rebels shut down one of the kingdom's main oil pipelines on Tuesday, further ratcheting up Gulf tensions after the mysterious weekend sabotage of four ships, two of them Saudi tankers.

Also Wednesday, the International Energy Agency confirmed that the world's oil supply fell last month as US sanctions on Iran tightened and OPEC+ members produced less crude in line with their pact.

In its latest monthly report on the global oil market, the Paris-based IEA said that while geopolitics and industry disruptions were clouding the outlook it believes that the market balance is set to flip from surplus into deficit, a development that would favour efforts by oil producing nations to keep prices high.