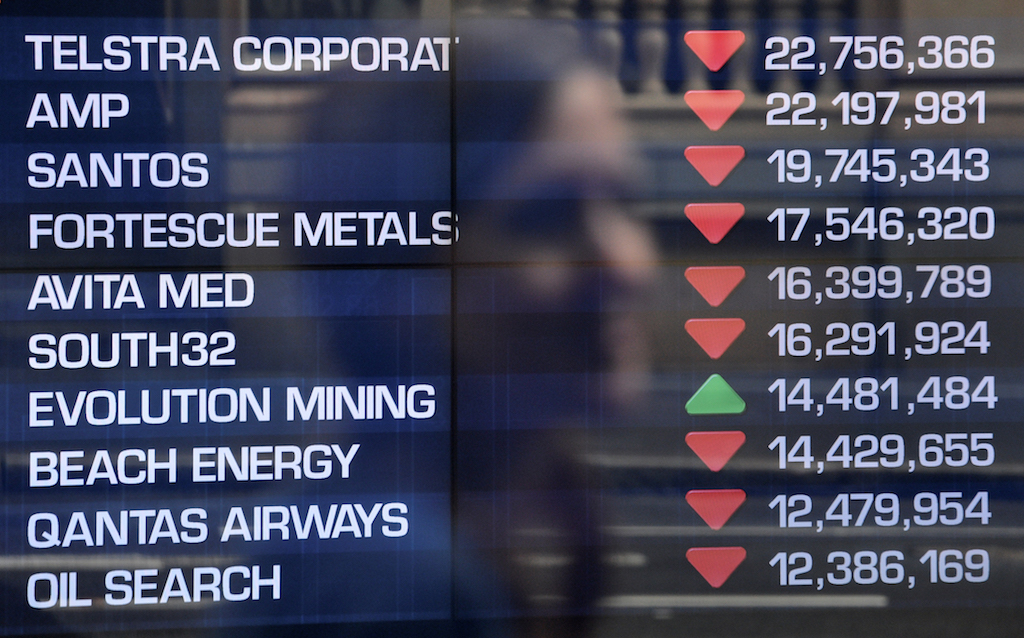 File: Equity markets collapsed on Monday as the rapidly spreading coronavirus fanned fears over the global economy, while a crash in oil prices added to the panic with energy firms taking a hammering. (AFP/Peter Parks)

LONDON - Global equity markets mostly fell Monday as hopes that vaccines will soon be rolled out were overshadowed by concerns over fears of a coming surge in US cases.

Oil prices remained under pressure ahead of a two-day meeting of major producers, with traders worried that they had still not agreed on an extension of the output cuts that have provided support for most of the year.

World markets have surged this month thanks to breakthroughs on vaccines, while investors have also been cheered by Joe Biden's US presidential election win and signs that incumbent Donald Trump will allow a smooth transfer, despite claims of voter fraud.

With at least three vaccines in the pipeline and approval in some countries said to be just weeks away, there is optimism on trading floors as dealers forecast an economic rebound next year.

"Vaccines offer the promise that the major disruptions of the pandemic will fade from the scene in 2021," said Axi strategist Stephen Innes. "Economic life will gradually heal; the world will start to move on from all the human suffering that the virus has wrought."

Indications that a surge in new infections in Europe looks to be slowing were also providing some hope, while Britain and France are preparing to ease some of their lockdown restrictions.

However, Trump's top infectious diseases expert warned of a fresh jump in cases in the coming weeks after millions of Americans ignored scientific advice and travelled around the country for Thanksgiving.

"There almost certainly is going to be an uptick because of what has happened with the travel," Anthony Fauci told CNN's State of the Union.

"We may see a surge upon a surge" in two or three weeks in the run-up to Christmas, Fauci said.

Parts of Asia are also seeing new spikes, with Hong Kong leaders warning the city is entering a fourth wave, while containment measures have been introduced in South Korea and Japan.

Asian markets dropped at the start of the week, Hong Kong lead losses with a 2.1 percent slide.

Mid-session in Europe, London and Paris stocks were marginally off, but Frankfurt added 0.7 percent.

Oil traders are awaiting a meeting of OPEC and other major producers that starts Monday, hoping they agree to continue their output cuts for another few months as the global economy stutters.

However, observers said there was concern that so far there had been no sign they would do so.

The pound rose against the dollar as Britain and the European Union try to hammer out a post-Brexit trade deal, with just weeks to go before the end of the transition period.

"While my belief in a deal being reached is still intact, time is fast running out and you have to wonder how long it can go on before we see a wobble in the markets," warned Craig Erlam, senior market analyst with OANDA Europe.