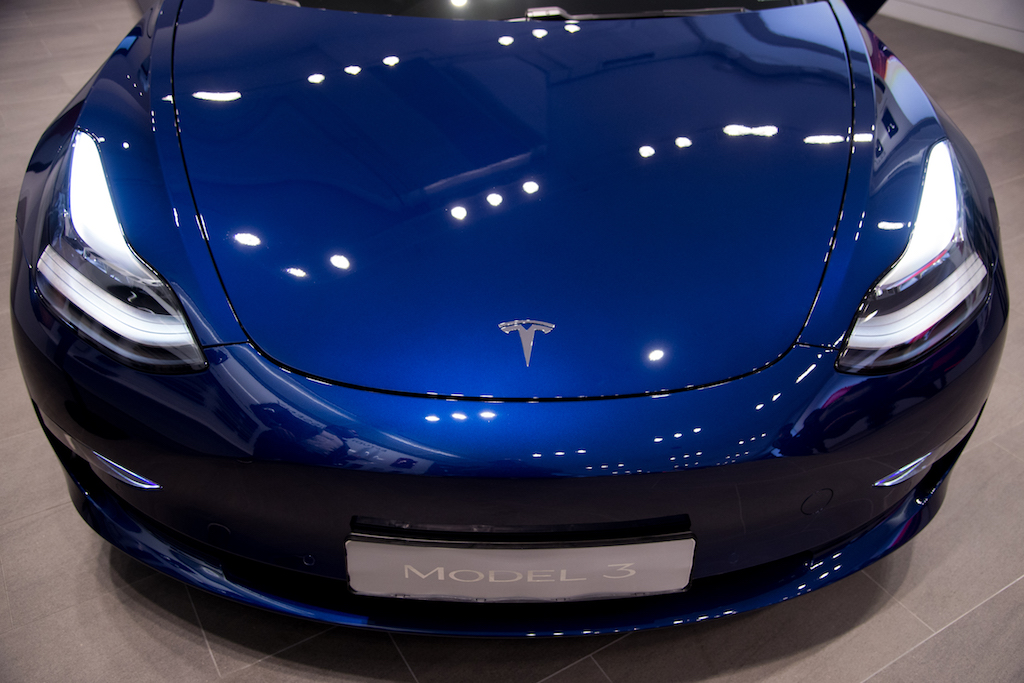 Tesla has pulled the plug on Internet sales of its cheapest Model 3 sedan in the latest shift to the company's retail strategy.

NEW YORK - Tesla has pulled the plug on Internet sales of its cheapest Model 3 sedan in the latest shift to the company's retail strategy.

The electric car maker plans to keep taking online orders for the Standard Plus Model 3, which starts at $39,500 and is now the lowest-price option available to digital consumers, along with higher-end models.

But online customers will no longer be able to order the Model 3 Standard for $35,000, a long-promised price for a vehicle that has been seen as essential to Tesla Chief Executive Elon Musk's ambition to disrupt the auto industry.

"Model 3 Standard will now be a software-limited version of the Standard Plus, and we are taking it off the online ordering menu, which just means that to get it, customers will need to call us or visit any one of the several hundred Tesla stores," Tesla said in a blog post on Thursday night.

The shift was needed to "simplify our production operations to better optimize cost, minimize complexity and streamline operations," the company added.

The announcement reverses Tesla's announcement on February 28 that the $35,000 model could only be purchased online. At the time, Tesla also announced plans to close many of its retail stores, but later retreated on that plan.

The phasing-out of online Model 3 Standard sales comes a week after Tesla announced disappointing first-quarter car deliveries. A challenge to vehicle demand has been the lowering of a US tax credit on Tesla vehicles to $3,500 from $7,500 previously.