Theresa May to face vote of no-confidence 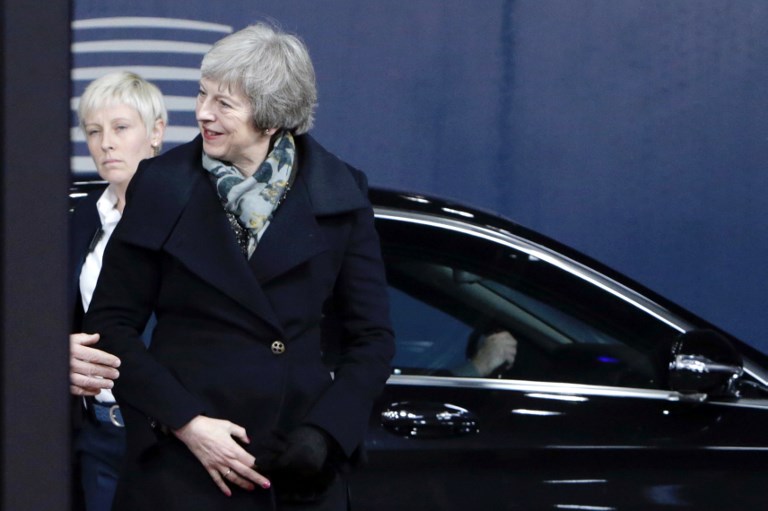 British Prime minister Theresa May arrives for a meeting with EU commission chief as part of the Brexit negotiations, on December 11, 2018 in Brussels.

LONDON - Prime Minister Theresa May was on Wednesday to face a vote of no-confidence by MPs in her party over her handling of negotiations with the European Union about Britain's exit from the bloc.

The head of a Conservative Party committee in charge of organising no-confidence motions in the party leadership said he had collected the 48 letters of lawmakers necessary to trigger the vote.

"The threshold of 15% of the parliamentary party seeking a vote of confidence in the leader of the Conservative Party has been exceeded," said Graham Brady, head of the 1922 Committee.

"The votes will be counted immediately afterwards and an announcement will be made as soon as possible in the evening."

A wing of the most ardent critics of the European Union in May's party have been collecting letters calling on her to resign for some months.

READ: May tours Europe in desperate bid to save Brexit deal

But May's decision on Monday to postpone a parliamentary vote on her draft withdrawal agreement with the European Union that she was certain to lose sparked anger among many MPs.

Several past members of May's government -- including former foreign minister Boris Johnson -- have had their eyes on the premiership post.

If May survived the motion, no second one can be taken by party members for another year.

Several top members of her cabinet quickly rallied to her support.

Javid himself has been mentioned as a possible replacement for May.

"Will be seen as self-indulgent and wrong. PM has my full support and is best person to ensure we leave EU on 29 March," Javid wrote.

"Being PM most difficult job imaginable right now and the last thing the country needs is a damaging and long leadership contest."

Conservative Party chairman Brandon Lewis also wrote that "I fully back our Prime Minister. We have the right Leader of our Party, we have a duty to deliver for our country & I hope all my colleagues will join me & support @theresa_may to deliver for UK."

May had been scheduled to appear in the House of Commons on Wednesday for a regular question-and-answer session with MPs.

She was expected to make a statement outside her Downing Street office later on Wednesday.