Tokyo shares firm on stable yen ahead of earnings season 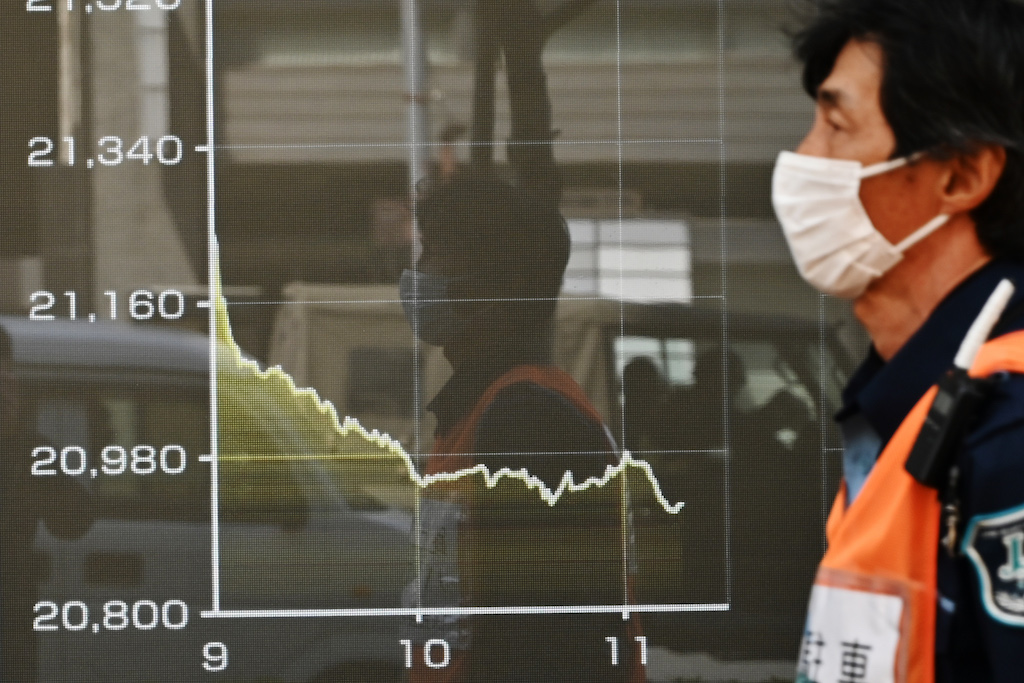 A man walks in front of the Tokyo Stock Exchange rate displayed in a window in Tokyo.

TOKYO - Tokyo shares ended higher on Wednesday as the yen stabilized against the dollar, while many investors sat on their hands before Japanese businesses start issuing their quarterly earnings.

It was the highest close in the last 12 months for the Nikkei, but many players were in wait-and-see mode ahead of corporate earnings.

With Shanghai and Hong Kong shares tending towards negative territory, there was speculation that purchases by pension funds and other institutional investors might have propped up Tokyo shares, Okasan Online Securities said in a note.

The brokerage added that Tokyo investors cheered "the stability of the dollar/yen, pushing the market to open higher".

But a lack of fresh leads left the market to hover around the closing level of the previous session, Okasan added.

The market picked up a bit toward the end of the day, but "largely, the wait-and-see mood continued before the earnings season for Japanese firms", Okasan said.

SoftBank Group dropped 2.51 percent to 4,190 yen (R0.56) after it announced that it was injecting billions more dollars into office-sharing start-up WeWork.

The group will send a new executive chairman to struggling WeWork. The move would leave SoftBank Group with control of roughly 80 percent of the company.

Pharmaceutical firm Eisai soared 18.07 percent to 6,534 yen (R0.88) after announcing that its US partner Biogen was planning to ask for regulatory approval for a possible treatment for early-onset Alzheimer's disease.