Trump to China: Trade deal now or it will be 'far worse' after 2020 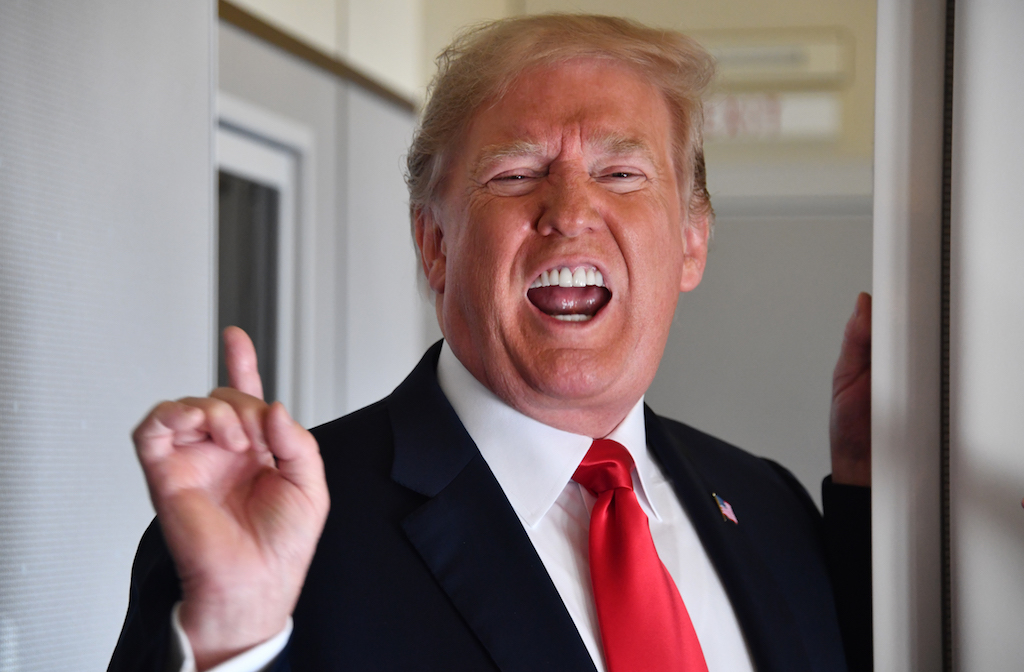 File: President Donald Trump had accused Beijing of reneging on its commitments in trade talks and ordered new punitive duties.

WASHINGTON - President Donald Trump warned China that it should strike a trade deal with the United States now, otherwise an agreement would be "far worse for them if it has to be negotiated in my second term."

Washington and Beijing are locked in a trade battle that has seen mounting tariffs, sparking fears the dispute will damage the global economy.

Two days of talks ended Friday with no deal. China's top negotiator said the two sides would meet again in Beijing at an unspecified date, but warned that China would make no concessions on "important principles."

"I think that China felt they were being beaten so badly in the recent negotiation that they may as well wait around for the next election, 2020, to see if they could get lucky & have a Democrat win -- in which case they would continue to rip-off the USA for $500 Billion a year," Trump said in a tweet.

"The only problem is that they know I am going to win (best economy & employment numbers in U.S. history, & much more), and the deal will become far worse for them if it has to be negotiated in my second term. Would be wise for them to act now, but love collecting BIG TARIFFS!"

Trump had accused Beijing of reneging on its commitments in trade talks and ordered new punitive duties, which took effect Friday, on $200-billion worth of Chinese imports, raising them to 25 percent from 10 percent.

He then cranked up the heat further, ordering a tariff hike on almost all remaining imports -- $300-billion worth, according to US Trade Representative Robert Lighthizer -- from the world's second-biggest economy.

Those tariffs would not take effect for months, after a period of public comment.

"Such an easy way to avoid Tariffs? Make or produce your goods and products in the good old USA. It's very simple!" he tweeted, echoing a similar message he sent Friday -- and even retweeted.

Only a week earlier, the United States and China had seemed poised to complete a sweeping agreement.