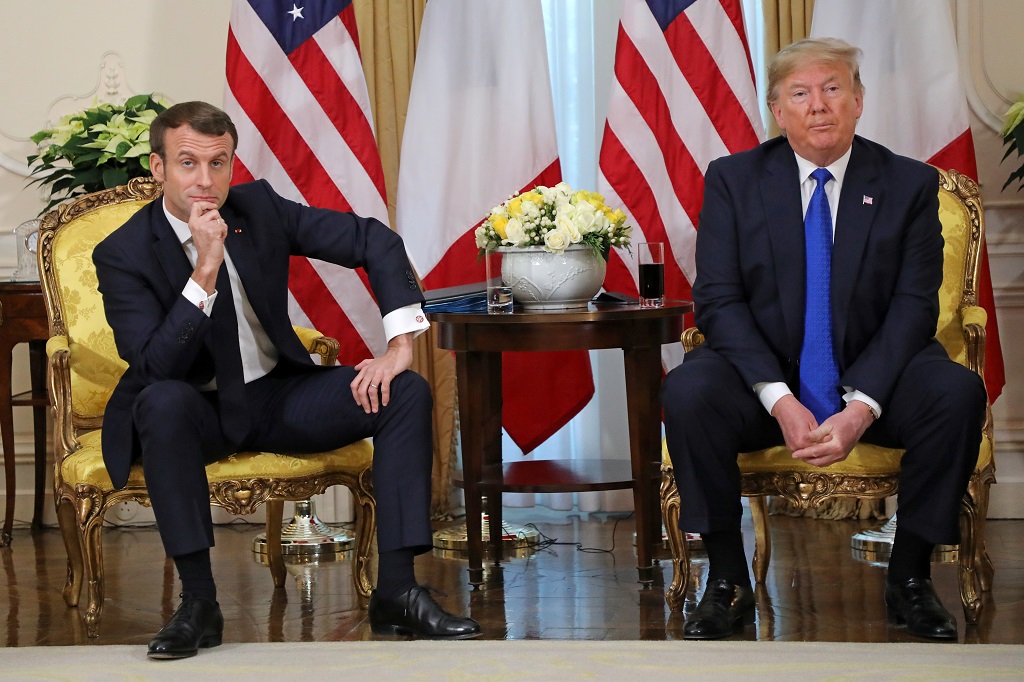 US President Donald Trump (R) and France's President Emmanuel Macron react as they talk during their meeting at Winfield House, London on December 3, 2019.

WASHINGTON  - A trade war is looming between the US and France.

US President Donald Trump is threatening to hike tariffs - up to 100 percent - on French products if the two countries failed to resolve a trade dispute.

Trump and French President Emmanuel Macron butted heads at the NATO summit in London on Tuesday.

France and the European Union said they are ready to retaliate if Washington pushes ahead.

Trump's threat was prompted by French plans for a digital services tax on tech giants.

READ: NATO unity on the line as feuding leaders meet

A US government investigation revealed that the three-percent tax would harm US tech companies - like Amazon, Apple, Google, and Facebook.

Both France and Brussels said Tuesday they stood ready to retaliate.

This white-knuckle handshake was among many signs of a new low in Trump's testy relations with Macron.

They are already at odds over Trump's approach to issues such as trade and climate change.

If imposed - a decision that awaits a January public hearing - the new taxes would apply to French products worth $2.4-billion dollars, including champagne, cheese and handbags.