UK puts visas into pitch for post-Brexit trade with Africa 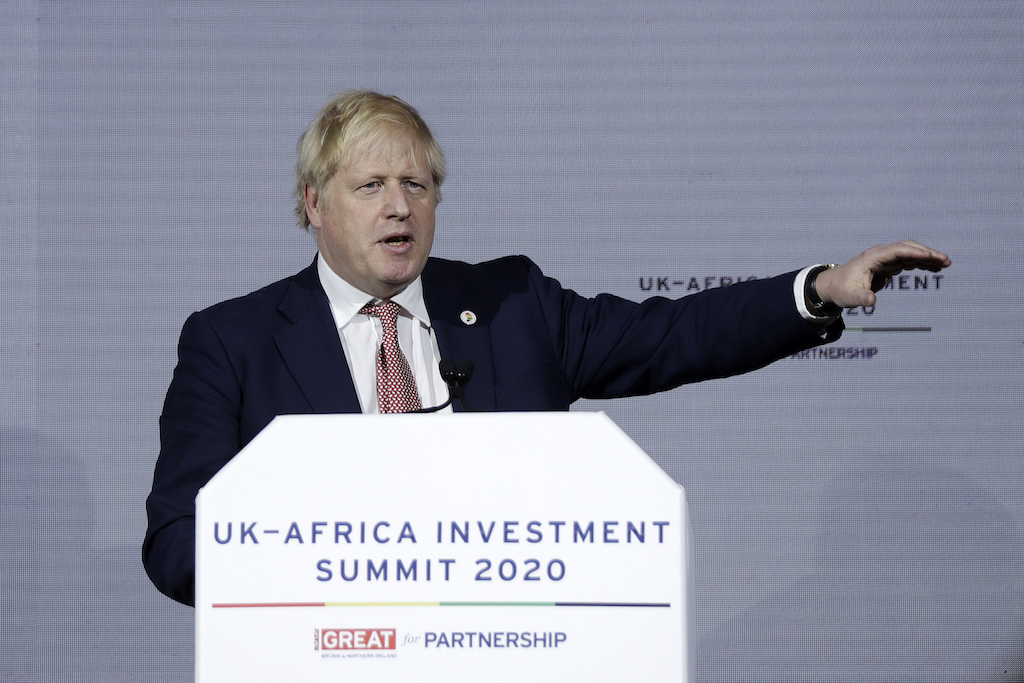 LONDON - Prime Minister Boris Johnson told African leaders Monday that Britain would be more open to migrants from their continent after Brexit as he hosted a summit intended to boost trading ties.

Opening the first UK-Africa Investment Summit in London, Johnson made a clear pitch for business less than two weeks before Britain leaves the European Union.

He told the conference involving 16 national leaders and representatives of another five countries, he wanted to make Britain their "investment partner of choice".

After highlighting all Britain has to offer, he said Brexit would mean an end to preferential treatment for EU migrants.

"Our (immigration) system is becoming fairer and more equal between all our global friends and partners, treating people the same, wherever they come from," he said.

"By putting people before passports we will be able to attract the best talent from around the world, wherever they may be."

Johnson was due to meet with the presidents of Rwanda, Ghana and Nigeria at the summit, and meet the leaders of Egypt and Kenya on Tuesday.

Nigeria's Muhammadu Buhari said Brexit offered an opportunity for increased free trade across the Commonwealth - and highlighted visas as a key issue.

"While many in the African diaspora enjoy considerable benefits from life in the West, they do not always feel at the heart of the community," he wrote in The Times newspaper on Monday.

"A renewed sense that there are ties that bind us through the Commonwealth, and a concerted effort to grow those links through trade, could act as a spur to encourage togetherness and the certainty of belonging."

"There's no point in the UK reducing the amount of coal we burn, if we then trundle over to Africa and line our pockets by encouraging African states to use more of it, is there?" he said.

"We all breathe the same air, we live beneath the same sky. We all suffer when carbon emissions rise and the planet warms."

He added: "Not another penny of UK taxpayers money will be directly invested in digging up coal or burning it for electricity.

"Instead, we're going to focus on supporting the transition to lower and zero carbon alternatives."

Environmental campaign group Greenpeace UK welcomed the announcement, although it said Britain could do more.

"It's great that in the middle of a climate emergency the UK government is finally putting a stop to taxpayers' money being used to support coal plants and mines abroad," executive director John Sauven said.

"But if Britain wants to lead by example, it should also urgently phase out support for oil and gas developments, which are pushing the world closer to climate chaos."

The government's export agency reports providing £2 billion ($2.6 billion) in financing for British company exports to Africa in the past two years.

The agency says it now wants to "increase its risk appetite" in Egypt and the emerging economies in Nigeria and Rwanda.

The government said Monday's summit will see British and African firms announce commercial deals worth £6.5 billion, although it was not clear whether these were all concrete commitments.

Britain will leave the EU on January 31, although ties will remain the same for 11 months while the two sides thrash out a new trading relationship.

London wants to leave the bloc's single market and customs union to allow it to strike trade deals with other countries, even if this brings new barriers to EU trade.