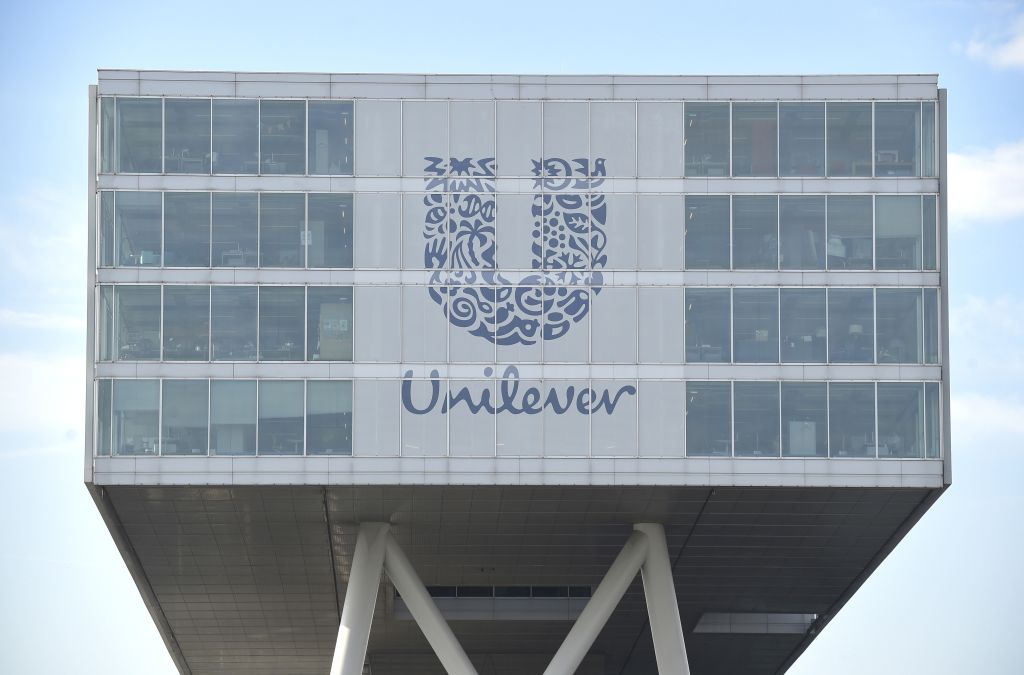 This file photo taken on June 5, 2015 shows the logo of Unilever at the headquarters in Rotterdam.

Profit after tax dropped five percent to 3.12 billion euros in the first six months of the year compared with the corresponding period in 2020, Unilever said in a statement.

Unilever was impacted by exchange rate movements, in addition to inflation strengthening as virus-battered economies emerge from lockdowns.

The company, which experienced keen demand for hand cleaners and household cleaning products last year as the coronavirus outbreak spread, said it continued to be impacted by the pandemic.

"The operating environment across our markets has seen some improvements but remains volatile," Unilever added in the statement.

Ben & Jerry's on Monday said that selling ice cream in the Israel-occupied Palestinian territories was "inconsistent with our values", although it said it planned to keep selling its products in Israel.

Unilever became a wholly British company at the end of the last year after it completed the historic merger of its Dutch and British corporate entities.