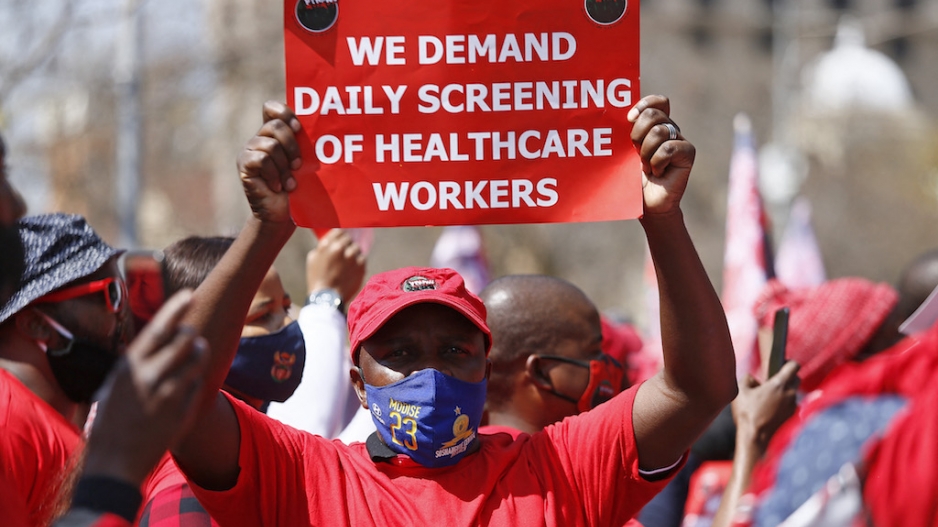 File: A member of Nehawu holds up a placard as they picket during their national day of mass action. AFP/Phill Magakoe

JOHANNESBURG - Popcru, Nehawu and Denosa have declared a dispute with government.

This is over its current three percent wage offer, which includes a non-pensionable gratuity of R1,000 lasting until March 2023.

The unions say a conciliation hearing date and the issuing of a certificate to embark on industrial action will be communicated.

This means a public sector strike is looming.

Government was given a deadline of Wednesday last week to adjust its offer.

The strike could leave the country without law enforcement officers, educators, healthcare practitioners, social workers and other government workers.

Government has been struggling a with ballooning wage bill, which forms the bulk of the national budget.

Workers have argued that increases below inflation will leave them poorer and struggling to make ends meet.