US air travel still messy, with another 2,000 flights scrapped 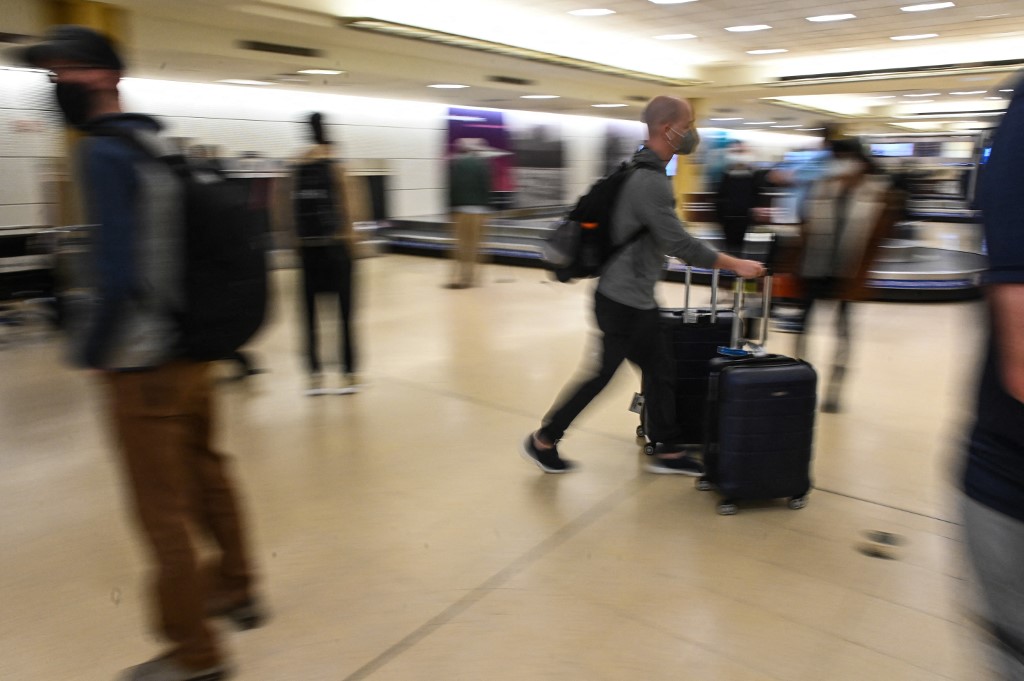 FILE: In this file photo taken on December 27, 2021 a man pushes his luggage after picking it up at the baggage carrousel after landing at Ronald Reagan International Airport in Washington, DC.

WASHINGTON - Days of chaos in air travel in the United States did not ease up on Sunday as people returned home from holiday trips, with more than 2,000 flights cancelled due to bad weather or airline staffing woes sparked by a surge in COVID-19 cases.

As of 1630 GMT, 2,201 domestic flights or international ones starting or finishing in the United States had been cancelled -- almost as many as the 2,749 scrapped over the course of Saturday, said the flight-tracking service FlightAware.

That midday figure represented more than half of the 3,743 flights cancelled around the world. Another nearly 2,400 US flights were delayed.

Bad weather wreaked havoc this weekend with air traffic, with many regions of the country hit by heavy snowfall, strong winds, or even flooding.

Airports in Chicago -- a major transit hub -- were the most affected Saturday due to a snowstorm.

READ: US airport chaos as more than 2,700 flights cancelled

Around the world, air traffic has suffered snarls since Christmas because of airline staffing issues linked to the spread of the highly contagious Omicron coronavirus variant.

Many pilots and flight attendants have called in sick after testing positive for the virus or being forced to quarantine due to contact with someone who has the virus.

This has left carriers with staffing shortages and forced them to delay or cancel flights.

Over the Christmas weekend, around 7,500 flights around the world were scrapped.