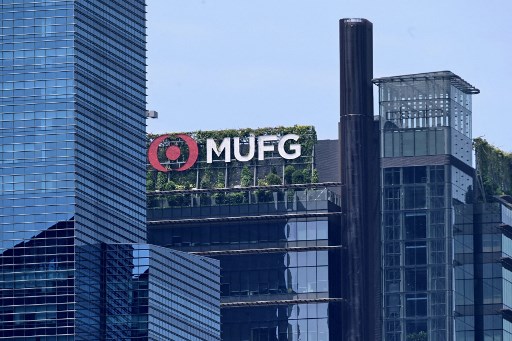 The Mitsubishi UFJ Financial Group (MUFG) bank logo is displayed on a building in Singapore on August 29, 2019.

NEW YORK - US Bank announced an $8-billion deal on Tuesday to buy the US retail activities of Japan's Mitsubishi UFJ Financial Group (MUFG).

The purchase of MUFG Union Bank will allow Minneapolis-based US Bank to strengthen its activities on the US west coast, notably in California, the company said in a statement.

With the deal, US Bank, the country's fifth-largest bank in terms of assets, will add more than a million individual accounts and around 190,000 small businesses from MUFG Union Bank's 305 branches, which are mostly in California, Washington, and Oregon.

Under the terms of the deal, US Bank will pay $5.5 billion in cash and approximately 44 million shares.

The transaction does not include MUFG's US investment banking activities and excludes certain other assets.

Kevin Cronin, head of the Japanese group's Americas region, said the deal will "allow MUFG to focus and increase our resources on accelerating growth in our America's wholesale businesses," including corporate and investment
banking.

The firm acquired Union Bank in 2008.

The boards of both financial institutions approved the deal and expect to complete the sale in the first half of 2022.

But it will still need the okay from regulators.

Other large foreign banks that have ventured into the US retail banking market also have headed for the exit.

Spain's BBVA in June finalized the sale of its American unit PNC Financial Services and British banking group HSBC announced in May it wanted to offload its network of branches.